Taxback pitch in as Evergreen invest in future of the game 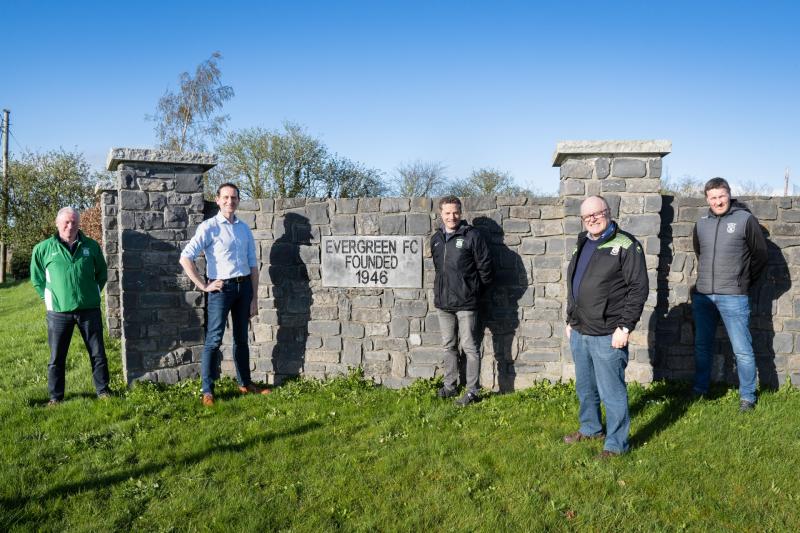 From a club with no permanent ground to call home to an organisation which is now the sporting envy of the South-East and beyond - Evergreen have gone from strength to strength in recent years.
Now, the Kilkenny & District League side will set another jewel into the Kells Road crown after announcing they will build a second full-sized all-weather pitch at Evergreen Park.
News of the major construction was unveiled after Evergreen agreed a 10-year partnership with Kilkenny’s Taxback Group.
As part of the sponsorship deal Evergreen will be able to add a second full-sized all-weather pitch, complete with floodlighting and fencing, to their complex. Building on the new pitch, which will also have FIFA Grade 4 rating like its predecessor, is expected to start in July.
The deal was made possible after Taxback founder Terry Clune contacted the club to discuss getting involved.
The Taxback Group was listed as the 15th Best Large Workplace in Ireland 2021. Headquartered in Kilkenny and employing 1,500 people in 23 countries worldwide, the group has been listed among the leading workplaces in Ireland.
The new partnership was welcomed by Evergreen, who have seen numbers rise since they opened their first all-weather pitch six years ago.
Rapid Growth
“The construction of the first all-weather pitch in 2015 helped to increase the number of players at the club,” explained Niall O’Callaghan, Evergreen’s vice-chairman. “In fact, the numbers grew so rapidly that we had planning permission granted in 2017 for a second all-weather pitch.”
The plan, at the time, was to construct a smaller all-weather pitch which would help cater for the large number of players training at the club - Evergreen currently have 820 players on 45 under-age and four adult teams on their books, together with 120 coaches.
However, the club had the opportunity to go big when the offer from Taxback appeared.
“It was an offer that came out of the blue,” said O’Callaghan. “We were amazed at the generosity from Taxback, who got in touch and said they wanted to help the club.”
Earning the FAI’s Club Mark award helped, as their off-field management drew the attention of their new sponsor.
“Evergreen is an extremely well managed and progressive club,” said Mr Clune. 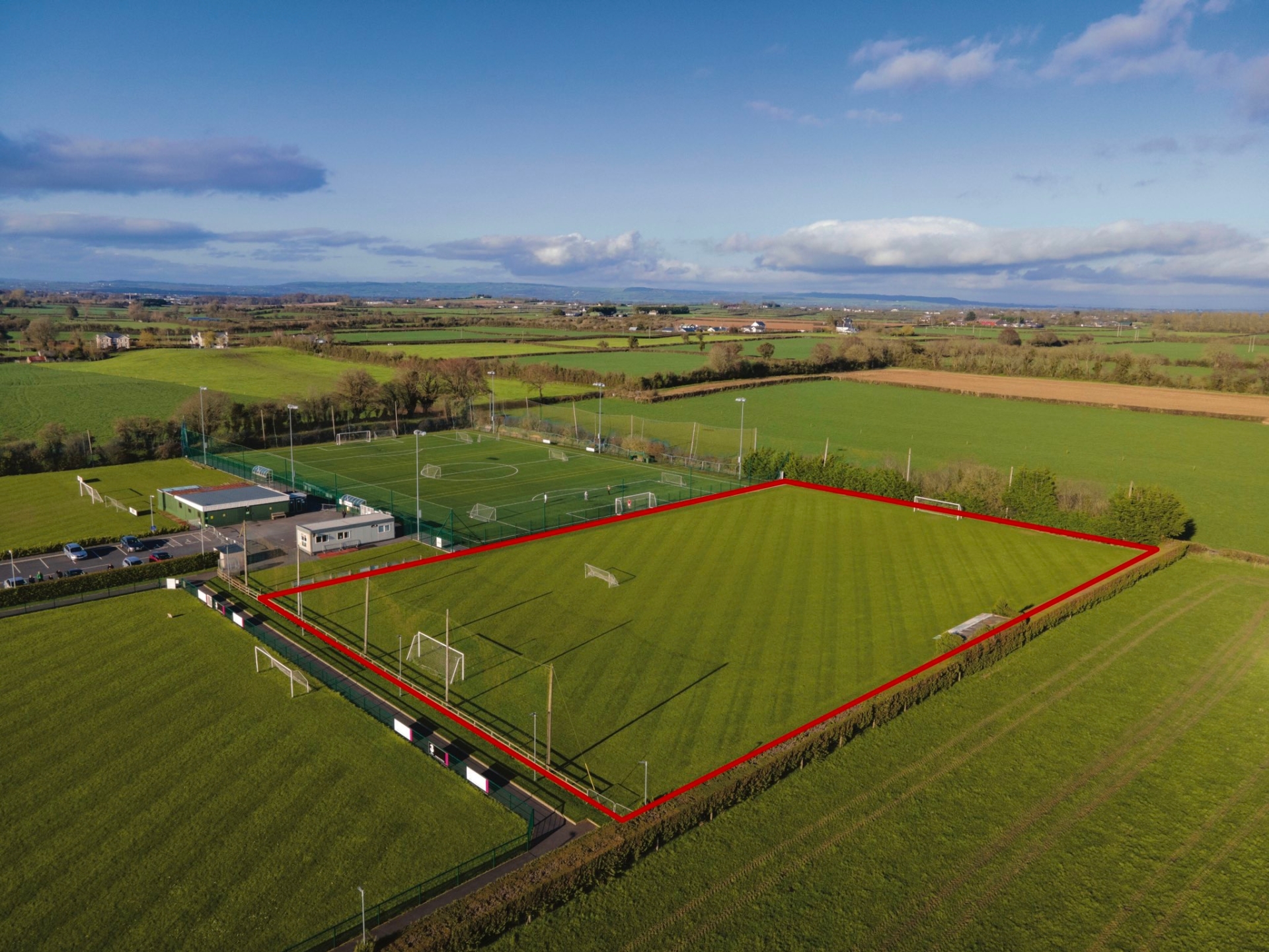 Work to transform this grass pitch into a second all-weather pitch will start in the summer. Evergreen hope to have it up and running by autumn

“The club is led by a professional, united team with a clear vision for the club’s future. This is exactly what Taxback wishes to support and we are delighted to become Evergreen’s main sponsor.”
The deal will allow Evergreen to turn their second grass pitch, which is located after the club’s number one grass pitch, into a top quality all-weather surface. With Kilkenny soccer seasons moving back to the traditional format, it means schoolboy and schoolgirl teams will no longer run the risk of having games called off due to bad weather.
Huge Impact
“This partnership will have a huge impact on our club,” said James Walsh, Evergreen club chairman. “We are thrilled that Taxback has agreed to sponsor us.
“The full-size pitch will make a massive difference especially to our juvenile members, both the boys and girls.
“Taxback’s sponsorship provides us with 50% of our total construction costs, and our own fundraising covers the rest,” he added.
“We have already received the funds from Taxback to build our new pitch, and our planning permission has been approved. We will start construction in July and hope to finish by November.”
Success Story
The development will be another chapter in the success story of Evergreen’s development since they first broke ground on their permanent home more than two decades ago.
Throughout the club’s history Evergreen relied on the use of many different pitches around the city, but in 2000 they finally found a permanent home following the purchase of 10 acres on the Kells Road.
Under the leadership of Michael Hennessy and Peter Henebry, the club then set about an ambitious development programme by initially constructing two senior pitches.
In 2008, two additional pitches were added to host the growing number of juvenile teams. In 2015, with the support of the Sports Capital Grant and the goodwill and financial support of the club community, a FIFA Grade 4 Astro-Turf pitch was developed.
And the work hasn’t stopped - on or off the field. Evergreen used their facilities to become the regional host of the FAI’s ‘Football for All’ Programme, which creates opportunities for boys and girls who would not ordinarily have the chance to play in a club environment, while they are also looking to add a spectators stand to the current Astro pitch, to be followed by the construction of a clubhouse.
The investment from, and support of companies like Taxback, has been incredible,” O’Callaghan added. “To go from being an agricultural field to a €1 million facility in little over 20 years is something else.”