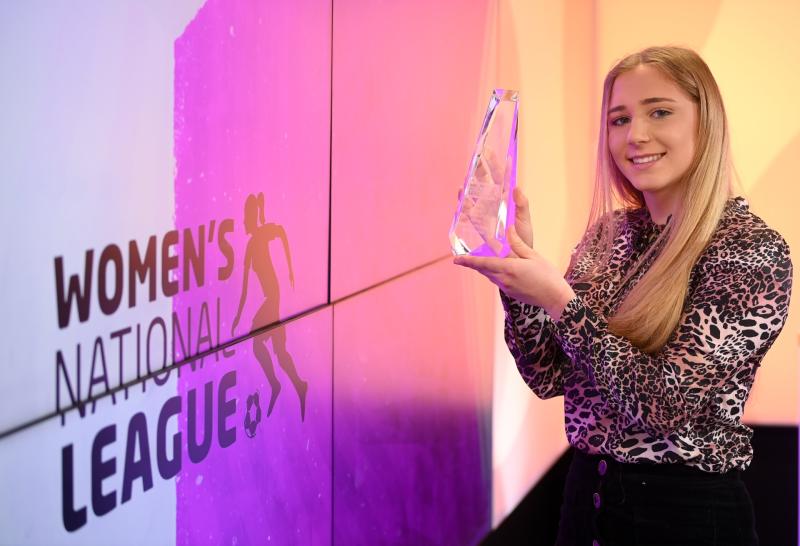 Ellen Molloy provided the assist for the equaliser as Wexford Youths earned their first point of the FAI WNL season Picture: Sportsfile

A clever pass from Ellen Molloy helped Wexford Youths skipper Kylie Murphy grab the goal that gave her side the first point of the FAI Women's National League season.

Wexford, who were beaten by champions Peamount United in week one, scored a point on their travels thanks to some work from Inistioge native Molloy when they draw 1-1 with DLR Waves on Saturday.

Shelbourne shot to the top of the SSE Airtricity Women's National League table with their second successive away win.

Republic of Ireland Women's National Team Manager Vera Pauw was in attendance at Turner's Cross and the UCD Bowl as she took in two games on the same day.

After a nervous opening period, DLR Waves found their rhythm in this season opener for them and Carla McManus put them in front with a sweet finish.

Graham Kelly had some injuries to contend with going into this fixture but several players, including McManus, made sure that he took note of their performances.

Wexford, in contrast, never got going. The swift passing style that they have become known for did not hold up and they struggled to create many chances on goal.

It did click for them on the 69th minute when Aisling Frawley fed the ball to Ellen Molloy who then slid it into the path to captain Kylie Murphy to earn a point.

Neither side deserved to lose this thrilling game as the momentum swung back & forth throughout the 90+4 minutes at Athlone Town Stadium.

The Horgan sisters starred for Treaty United, with Rebecca getting them going on 15 minutes before Aoife found the back of the net three minutes later and then Rebecca got a second on 36 minutes.

Athlone had actually started the better of the two teams with Mo Nerney firing in after 11 minutes. Treaty then scored then twice before Emma Donohoe pulled one back and they conceded again.

A superb goal from Katelyn Keogh, who raced onto a long pass from Kayleigh Shine, made sure of the draw on 63 minutes. Jemma Slattery was sent off for the visitors shortly after that.

The focus was always going to be on Saoirse Noonan as she made a return to her former club and the talented attacker didn't let the LOITV viewers down as she netted a brace.

The muted celebrations were expected from the former Cork ace as she scored one in each half after Emily Whelan got things started for Shels following a mistake by goalkeeper Abby McCarthy. 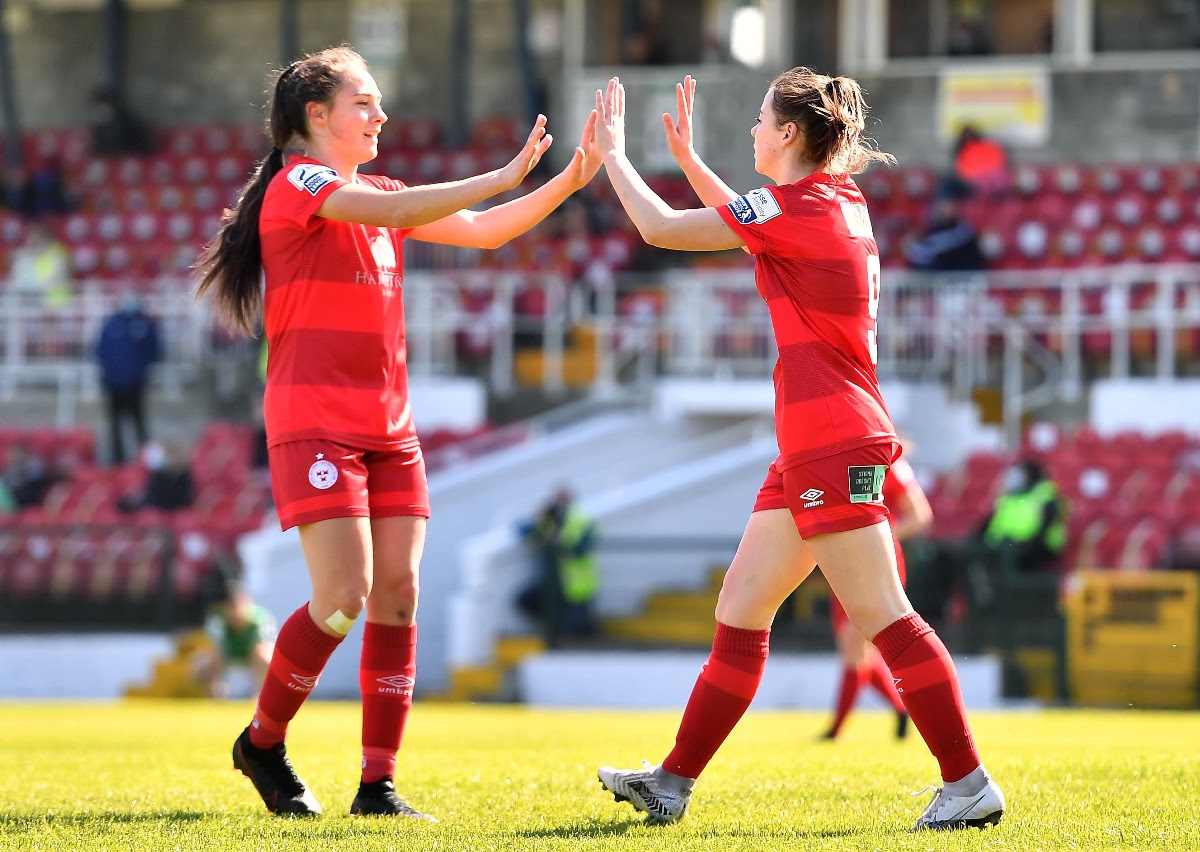 Cork had few opportunities to test visiting keeper Amanda Budden even though they did impress on counter attacks with Sarah McKevitt and Christina Dring looking lively.

Shels, though, were always comfortable and should have increased their lead on several occasions, only for the woodwork and McCarthy to deny them.

Rachel Kearns was the star player in Series 1 with a hat-trick on her return to the League and she was quickest off the mark in this contest too when scoring the first goal.

Kate Slevin doubled the lead for the home side as they went into the half-time break on top against a Bohemians team who scored six in their opening day game.

The visitors did eventually hit back, through Chloe Darby, but by that stage Galway were already out of sight after Lynsey McKey put them further in front.

A red card for Chloe Singleton late on was a slight dampener for the hosts, but they will be happy to have taken control of second spot in the table and to collect their first win of 2021.