Kilkenny midfielder helping his side in promotion run 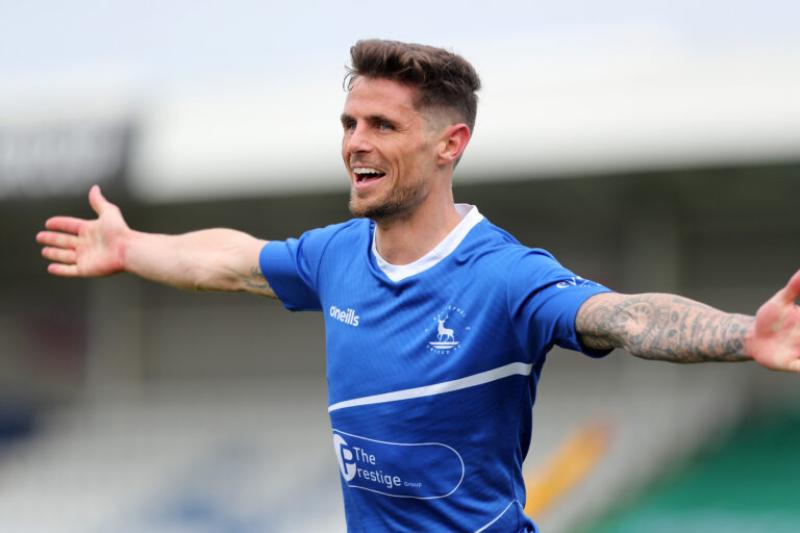 The Kilkenny City native bagged his fourth goal in four games as United stormed to the top of the Vanarama National League table.

Holohan, who joined the club in 2019, opened the scoring with a cool finish in the last minute of the first half as Hartlepool beat Notts County 2-0 at Victoria Park on Saturday.

"Gavan is on a great run," said Hartlepool manager Dave Challinor. "He can put the ball in the net- it's a great strength of his."

The goal marked the continuation of a great spell for Holohan, who started his scoring run in the 1-1 draw with Stockport County in March. He made it two in two in the 2-1 win over Dagenham & Redbridge on Good Friday - then was at it again in the 2-2 draw with Boreham Wood on Easter Monday.

Saturday’s goal against a promotion rival means Hartlepool are now sitting pretty at the top of the table with a one point lead over Sutton United. Boasting the best home record in the division they are leading a chasing pack which includes Sutton, Torquay United and Stockport County.

Bringing the club back to the Football League would cap a fine season for Holohan, who started as a schoolboy with Evergreen before joining Hull City. He spent several years with the Tigers before playing in the League of Ireland with Drogheda United, Cork City, Galway United and Waterford.