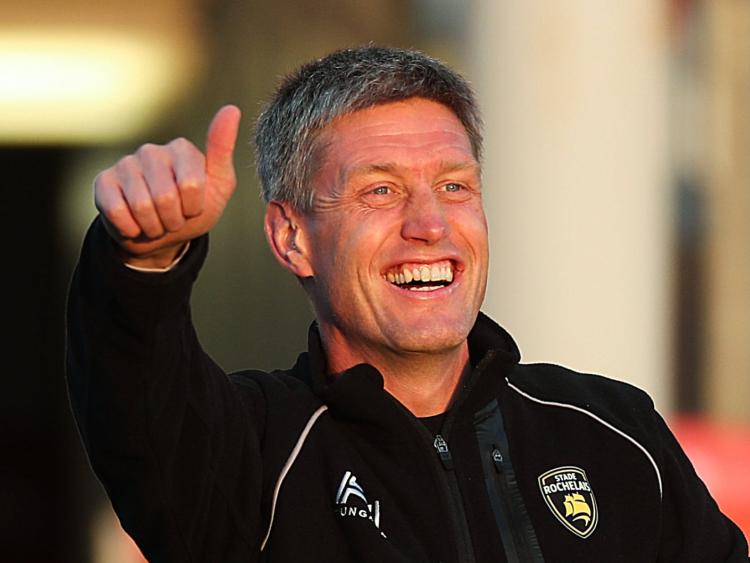 Ronan O'Gara has signed a new three-year extension to his role as head coach with French Top 14 side La Rochelle.

The news was confirmed by the club this Thursday morning.

Head coach of La Rochelle since July 2019, former Munster out-half Ronan O'Gara began his coaching career at Racing 92 in 2013, with the club winning the French Top 14 title in 2016

O'Gara later moved to New Zealand to take up a coaching role with the Cruasders in 2018. The Crusaders won the Super Rugby title in both 2018 and 2019.

Reacting to his three-year contract extension at La Rochelle, O'Gara said: "I am extremely proud of the trust that Stade Rochelais continues to show me by appointing
me at the head of the team.

"I am obviously very excited about next season, but first, we have important challenges ahead of us and above all a good season to end in the best possible way."

O'Gara and La Rochelle take on Leinster in a Heineken Champions Cup semi-final on Saturday week.

La Rochelle also revealed that discussions were initiated a few weeks ago at Jono Gibbes’ request which lead to his early release to his coaching role with the side from June 30.

Gibbes is to take up a head coach role with another French Top 14 side, Clermont Auvergne.

La Rochelle said the club is is delighted with O'Gara's contract extension until 2024 and his 'loyalty to
the Stade Rochelais’ project, which he will continue to strengthen through his managerial skills, his top level experience and his full immersion in the club culture.'

La Rochelle thanked Jono Gibbes' for his contribution to the performances of the Yellow and Black team since his arrival in 2018 and wish him the best for the rest of his professional career.