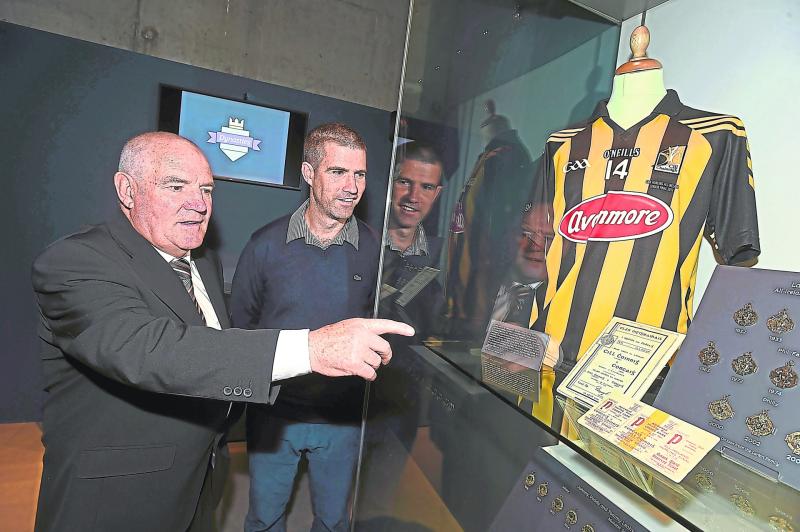 Phil 'Fan' Larkin, seen here with his son Philip in the GAA Museum at Croke Park, is the subject of the first James Stephens podcast

The history of the James Stephens GAA club is well known in print - now it's about to take over the airwaves!

In a new initiative, designed to record the history of the James Stephens GAA club, the parish of Loughboy, the achievements of club stars, past and present as well as the experiences of senior club members through the decades, the GAA club’s Communications committee has been recording podcasts which will be released on the Spotify and iTunes platforms over the next few weeks.

Helped by research from club president Liam Tyrrell, presenter Tadhg Donohoe has conducted an in-depth interview with club legend, Phil ‘Fan’ Larkin which can be listened to on the above mentioned platforms or Facebook.

The podcasts should be viewed as a significant development by the club’s Communications Committee. The series will be a permanent record of the history, stories and achievements of the James Stephens club, its players, past and present and committee members, for posterity.