Impressive first half display helps Kilkenny get the better of Wexford 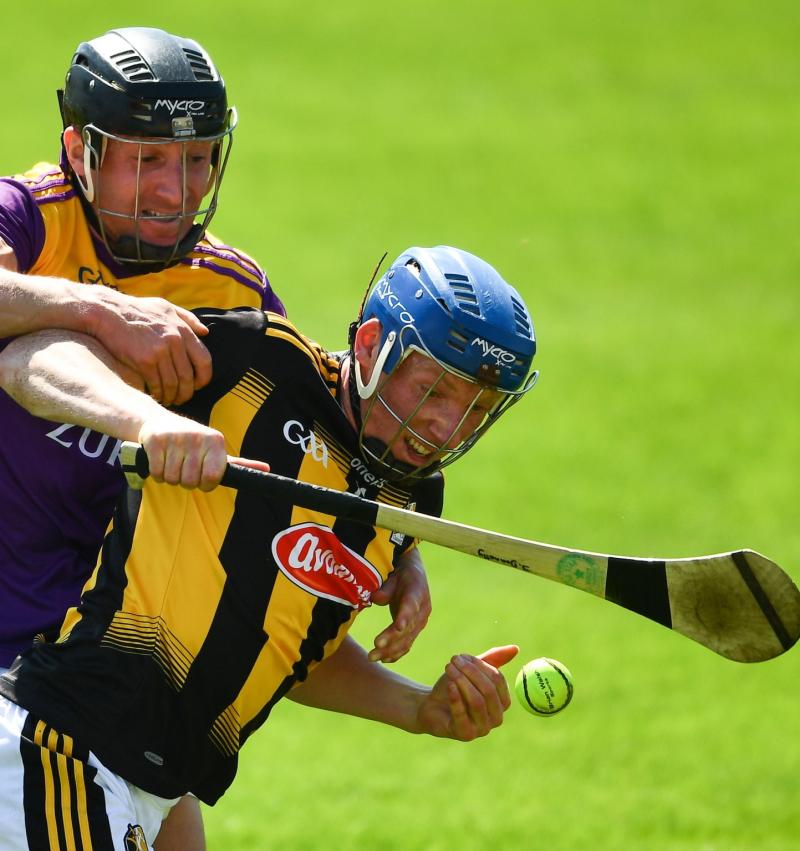 John Donnelly of Kilkenny in action against Liam Óg McGovern of Wexford during the Allianz Hurling League Division 1 Group B Round 3 match between Kilkenny and Wexford. Pic: Ray McManus/Sportsfile

Kilkenny made it three wins from three in the Allianz National Hurling League after a ten point success over Wexford in a scorching UPMC Nowlan Park.

The Cats were out to make an impact after losing the last four outings to their neighbours and they certainly done that in a sparkling opening half display where TJ Reid and Billy Ryan struck for vital goals.

Reid and Ryan tormented Wexford throughout with the Kilkenny duo linking up for 2-22 between them over the course of the afternoon.

Ryan's goal in the 5th minute was real route one stuff with a long puckout from Eoin Murphy somehow evading the Wexford full back line and the wing forward was on hand to shoot past James Lawlor.

Kilkenny led 1-3 to 0-2 at that stage before Reid latched onto a combined move from Adrian Mullen and sub Eoin Cody that saw Cody's saved effort land at the feet of Reid and he fired a shot to the net and the game was almost over even at such an early stage.

Brian Cody's side eventually led 2-15 to 0-7 at the interval with Reid and Ryan dominating while Alan Murphy was also on target with a couple of points for the home side.

Rory O'Connor led the Wexford charge with three points from play in the opening half and he continued to impress after the interval with Lee Chin  also chipping in with his frees as the Slaneysiders improved immensely.

Kilkenny were never in any danger though and they kept knocking over scores that eventually led to them coming out 2-27 to 0-23 winners.

The Cats are now in pole position to finish top of the league table with games against Laois and Clare over the next two weekends to come.