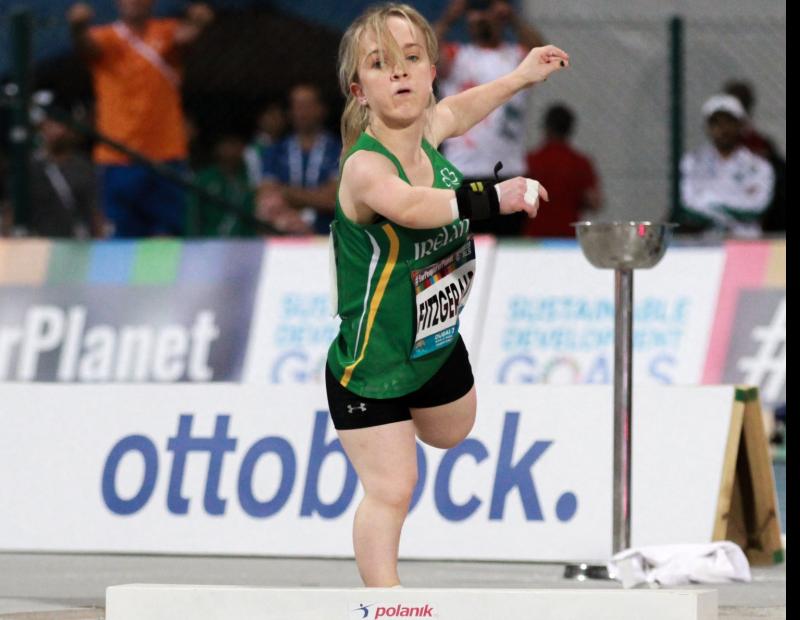 Kilkenny's Mary Fitzgerald was in sparkling form as she took home a bronze medal in the Shot Putt at the World Para Athletics European Championships in Poland.

It was the best performance of Fitzgerald's career to date as she was up against illustrious company inluding European Championship record holder Renata Zliwinska and Dutch competitor Lara Baars.

She had six throws in total with her longest effort clocking in at 7.35m which was enough to seal a podium finish.

"I was happy with the distance, I would have liked to have thrown a little further but really happy all the same. Lot’s of stuff to work on but I think that puts me in a good position going to Tokyo, I know what needs to be worked on and now I’m looking forward to the next block of training going on to Tokyo," she said to Paralympics Ireland afterwards.

Fitzgerald was part of a six strong Irish squad and her attention will now switch to the Paralympic Games in Tokyo from August where she will hope to represent Ireland again.