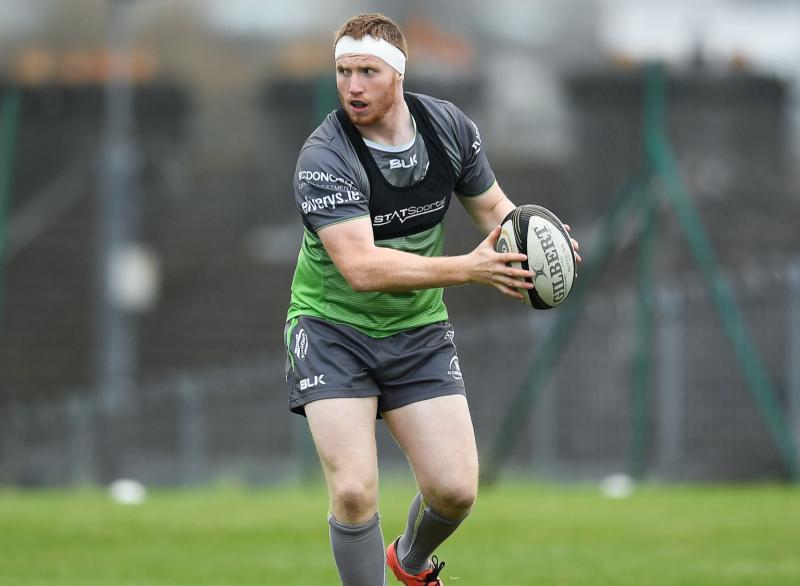 Shane Delahunt will make his 100th appearance for Connacht when they take on Ospreys at the Sportsground in Galway this evening.

The Birr man will start at hooker for Connacht in the penultimate round of the newly formed Rainbow Cup as the western province look to finish the season in style.

Former school coach Jeff Carter said- "It is not just about turning up for the game for Shane, it is the meticulous preparation, the attention to his craft and the constant buzzing energy that permeates off him as he prepares to run out onto the pitch “.

Delahunt's former school released a statement on the impact he's had in his career.

"Ever humble and gracious , this ex - Kilkenny College Senior Captain has been an integral part of Connacht’s rise in Irish Rugby over the course of the last six years. Meeting the demands of professional sport and running the family farm with his Dad, Billy. Shane has consistently performed on a regular basis with his province demonstrating a tremendous skillset and willingness to improve himself as a player."

"Professional sport is not easy. Many young men and women dream of representing their team 100 times and as Shane reflects on this achievement, he can most certainly be proud of this honour and the many more he will earn over the course of his career."

"Over the years, Shane has always given back in abundance to his former school. Training sessions, attendance at matches, shirt signing with young players have always been a part of his link to the community in Kilkenny College. In particular he maintains a great friendship with his former coach Jeff Carter. It would not be unusual to see both men on the pitch or in the gym working on some aspect of his game."