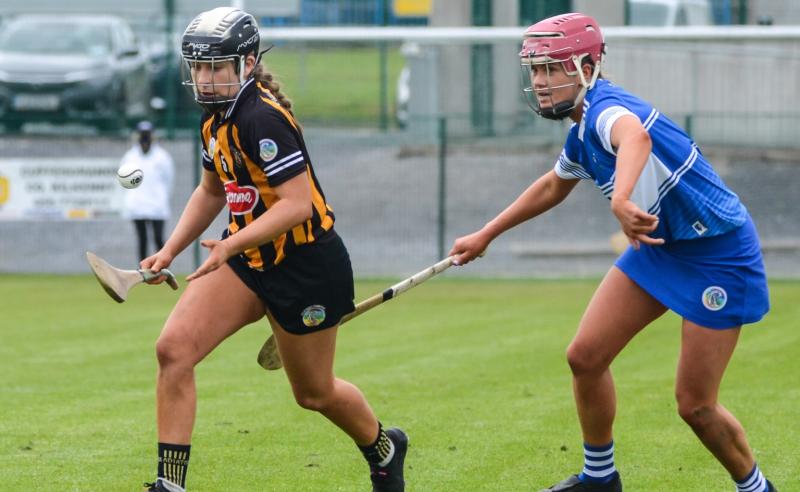 It was a case of a real smash and grab disappointment for the Kilkenny Intermediate Camogie side as a goal in the seventh minute of injury time helped Meath sneak past the Cats in a thrilling Division 2 National League Quarter-Final in Birr this afternoon.

Maire Kirby's last puck of the game shot where she pounced on the rebound from a saved Jane Dolan free was enough to give the Royals the win but in truth it was quickfire goals at the start of the second half from Dolan and Megan Thynne that really set them up after Kilkenny led by five points at half-time.

In a competitive opening it was nip and tuck until Kilkenny's Hannah Scott broke clear of a couple of defenders before offloading to Ciara Phelan who volleyed a shot past Maggie Randle in the opposition goal.

Kilkenny looked in control at that stage with Sophie O'Dwyer, Ciara O'Keefe and Aine Phelan all firing over points but the Meath inside line always looked a threat and the opening salvo in the second half where the team in green and gold netted quickfire goals rocked John Scott's team for a period.

After refinding themselves Kilkenny scored four on the bounce and although Meath rallied a brace of frees late on from O'Dwyer looked to have won the game for the Cats but alas disaster struck with Meath finding the winning goal in the most dramatic of endings.