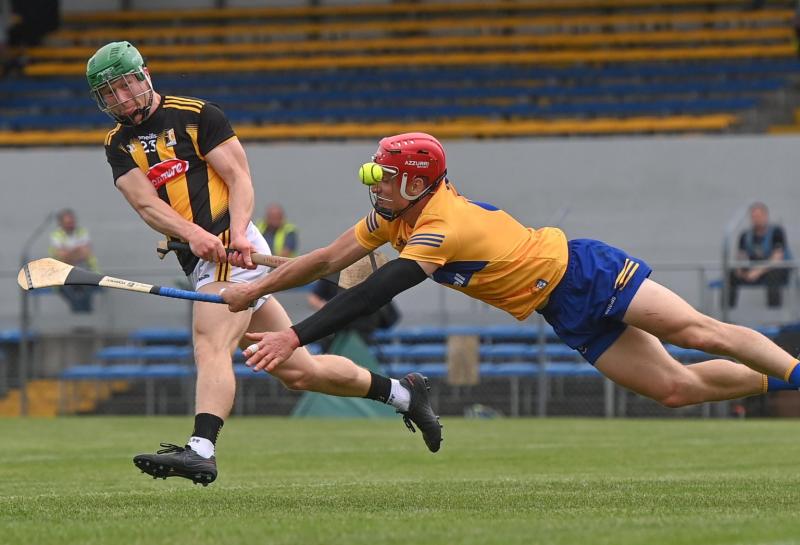 Kilkenny's unbeaten league run came to a stuttering halt as they went down to a defiant Clare side in a thrilling end to end contest in Ennis.

The Cats didn't make things easy for themselves in conceding two goals in each half and that ruthlessness in front of goal helped the Banner see off their opponents.

It all means Clare's remarkable run of results over Kilkenny in the National League continues with the Cats failing to get over the Munster side in the last six seasons of the competition.

The game was played at a championship level of intensity and was by quite a distance Kilkenny's biggest test of 2021 and they will be disappointed to have came out on the losing side.

Tony Kelly got both of the goals for the home side in the opening half and while the second arrived on the back of a dubiously awarded penalty at Paddy Deegan's expense it still left Clare seven points clear.

Kilkenny bounced back well though and by the half-time interval they only trailed by a point after points from TJ Reid, Adrian Mullen, Billy Ryan and Richie Reid.

Brian Cody then made a number of changes at the interval after Walter Walsh and Adrian Mullen went off with injuries and they seemed to have figured out the Clare puzzle as they went into a 0-21 to 2-14 lead.

The water break seemed to halt all of the Kilkenny momentum though and when David Reidy and Aaron Shanagher struck two goals in a minute Clare went five ahead.

Kilkenny responded with an expertly taken Martin Keoghan goal in the 55th minute but it was Clare who finished the stronger with points from Kelly, Gary Cooney, Shane Golden and Ryan Taylor helping them to a four point victory.

Despite the defeat Kilkenny still finished top of the Division 1B League table and will now look ahead to the championship which kicks off in three weeks time.