Kilkenny and Wexford are on a collision course as Croker calls

Robert Cribbin looks ahead to the Leinster semi-final on Saturday 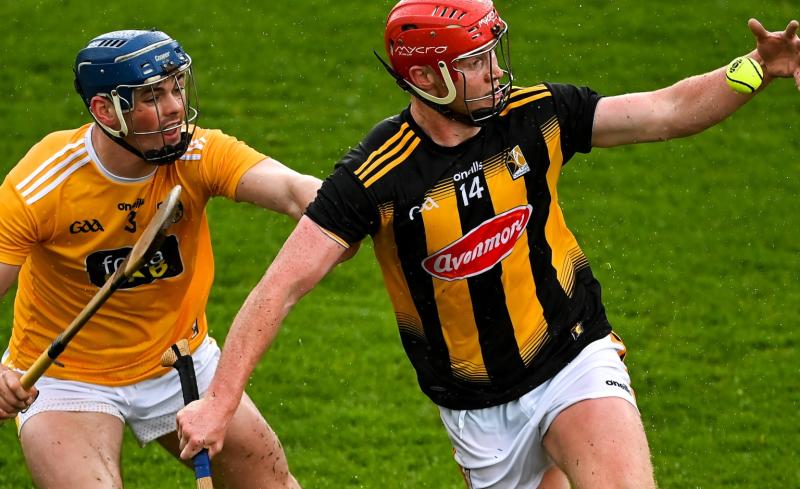 Adrian Mullen will be hoping to fight off a hamstring knock to captain Kilkenny on Saturday Picture: Brendan Moran/Sportsfile

In almost the blink of an eye the condensed Allianz National Hurling League has come to an end. Now all eyes are on Kilkenny’s Leinster championship opener against Wexford on Saturday afternoon in Croke Park (throw-in, 4.30pm).

The last four provincial tie will form part of a double header with the other semi-final clash between Dublin and Galway taking place before the latest battle of Brian Cody and Davy Fitzgerald.

After claiming last year’s Leinster title the Cats were already assured of their last four spot and they will have watched on with much interest as Wexford emphatically got the better of Laois in UPMC Nowlan Park last weekend.

Davy Fitzgerald’s side had a mixed league campaign but they were back in goalscoring form when they eased to a 5-31 to 1-23 success.

It was all very different from the last time Wexford performed at the Kilkenny city venue when they went down to a heavy league defeat at the hands of the hosts.

Kilkenny were 10-point victors on that occasion, but very few clues at least from a Wexford point off view were on offer ahead of this weekend’s clash.

Kevin Foley usually sits as a sweeper for the Model County and he only appeared as a half-time sub on that occasion but by then Kilkenny had the game wrapped up.

One man that was influential for Wexford during that game was Rory O’Connor. The centre forward was in similar form if not better against Laois as he scored 1-7 from play - Brian Cody will undoubtedly have to keep a close eye on the Wexford attacker.

Along with O’Connor, Wexford also have the likes of Lee Chin and Conor McDonald so they are more than capable of causing Kilkenny a number of problems and they have also had the upper hand over the Cats in recent championship meetings.

While aware of the threat that Wexford pose in both their players and the organised style that they line out in tactically, Brian Cody will have to get his Kilkenny team right.

While the league was relatively successful in garnering a new player or two it also helped the team gain confidence in winning four of their five games out of Division 1B.

The one game they did lose was away to Clare and with Kilkenny already assured of top spot and the Banner County subsequently accounting for Waterford in the Munster championship, the result doesn’t look too bad as things stand.

As a result Kilkenny appear to be in as decent shape as they can be for the time of the year but selection appears to be as difficult as ever for the Kilkenny manager.

The final league game with Clare threw up more questions than answers as the Banner County found holes in a defence where no defects had been visible in the previous four games.

It was a good game to get for Kilkenny though as it ensured they had plenty of work to do over the last three weeks in preparation for this weekend.

Huw Lawlor and Padraig Walsh have manned the central defensive positions throughout the league and it’s likely that won’t change for the game with Wexford.

It’s what happens around that where it’s more of a question mark but Conor Browne, Darragh Corcoran, Paddy Deegan and Tommy Walsh look to be in pole position for starting positions as it stands.

Brian Cody has always been a fan of Richie Leahy and with him playing a part the last day there’s every chance he lines up in midfield with Richie Reid his likely partner. Up front there is a bit more guess work needed with the likes of Adrian Mullen and John Donnelly fighting off knocks while Richie Hogan hasn’t played a minute of competitive action in 2021 as he continues to struggle with injury.

Like Hogan, Darren Mullen and Conor Delaney haven’t seen any action this term either with the shortened season taking its toll on players.

As ever all eyes will be on TJ Reid and how he performs will have a major say on how well Kilkenny play.

Wexford defender Matthew O’Hanlon is likely to follow the Shamrocks star wherever he goes whether that be in full forward or further out the field and O’Hanlon has had decent success against Reid in previous meetings.

That’s why Kilkenny will need the likes of Billy Ryan, Martin Keoghan and current young player of the year Eoin Cody to step things up if TJ is held.

This semi-final clash will also prove the ultimate test for the way Kilkenny have been trying to play during the league.

The Cats counteracted on Wexford’s running game perfectly in the league but their new style will be tested more rigorously in the open spaces of Croke Park.

It’s likely Davy Fitz and Wexford have had this game targeted for months and they are going to throw everything at Kilkenny so the defending Leinster champions need to be ready for the fight.

Wexford were very disappointing in last year’s championship after performing so well in 2019 but last week showed us they still have something left in the tank.

All roads lead to Croker.