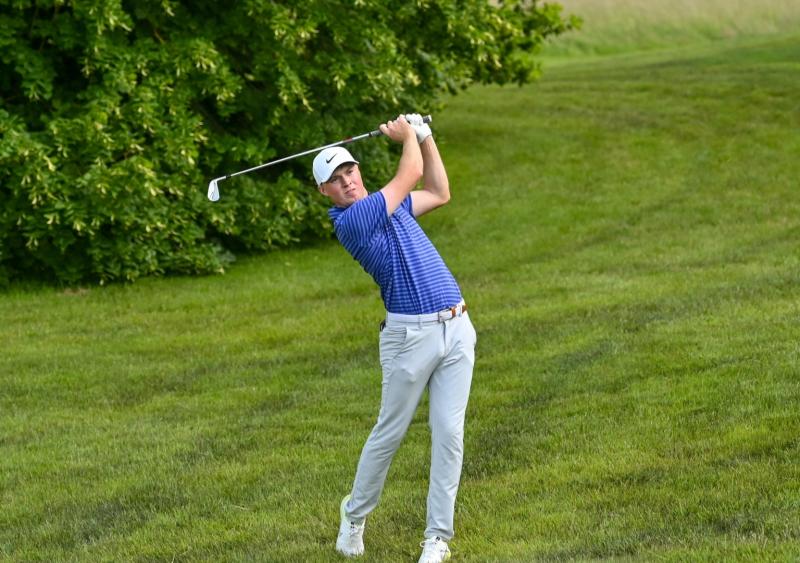 Mark Power watches his shot on the 18th hole during day one of the Dubai Duty Free Irish Open Golf Championship at Mount Juliet Golf Club in Thomastown, Kilkenny. Photo by Ramsey Cardy/Sporsfile

Kilkenny's Mark Power has just finished up his second round at the Dubai Duty Free Irish Open in Mount Juliet where he carded a total of 73 as sits in the clubhouse on a score of +1.

Power was appearing in his second Irish Open after playing in Lahinch two years ago and after a solid if unspectacular opening round of level par, the 21 year old needed to hit the ground running this morning if he was to have any chance of making the cut for the weekend.

The youngster started well with a birdie on the par 4 second hole to give himself a chance but a bogey on the eight slowed down any momentum he had built up.

The Kilkenny man dropped another shot on hole 13 and while he got a shot back at 15 the surge came a little too late to make the weekend's action with the cut projected to be around two under par as it stands.

Despite being notably disappointed, it's still being an eventful week for Power as he participated in an Irish Open ten minutes away from where he grew up.