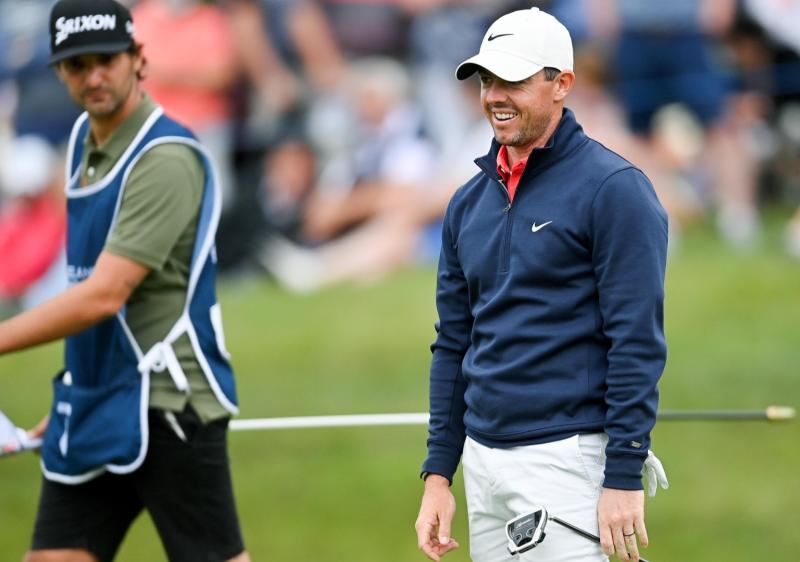 Hopes remain high for a domestic winner at the Dubai Duty Free Irish Open after Rory McIlroy moved into contention at the iconic Kilkenny venue in Mount Juliet.

The four time major winner had a slow start to the week but today's round of 67 means the Ulsterman is primed for a big push over the next few days as he looks to win the Irish Open for a second time.

McIlroy currently sits five shots off the lead on -5 and it was his back nine that he made most progress in collecting four birdies.

McIlroy caught fire with the putter and while pleased with the round, he still feels he left a few shots out on the course.

"The greens were much better this morning than they were yesterday afternoon as well. So it felt a little easier to hole putts."

“Everything was just a little bit better today and it added up to a better score," he said.

After a disappointing opening round by his high standards, the tournament favourite knows he needs to shoot low over the weekend if he is to have a chance of winning.

"I will take it, it was definitely a big improvement. To play those par fives on the front nine was disappointing.

“I thought if I had got to seven under  it would have been a good effort and that was sort of my goal over those last few holes. It didn't quite happen.

“I need to go out and play as well or a bit better tomorrow to give myself a real chance, to at least get into double digits under par and give myself a chance.