13 games pencilled in for TG4 coverage; 50 streamed on the LGFA and TG4’s dedicated Championship portal 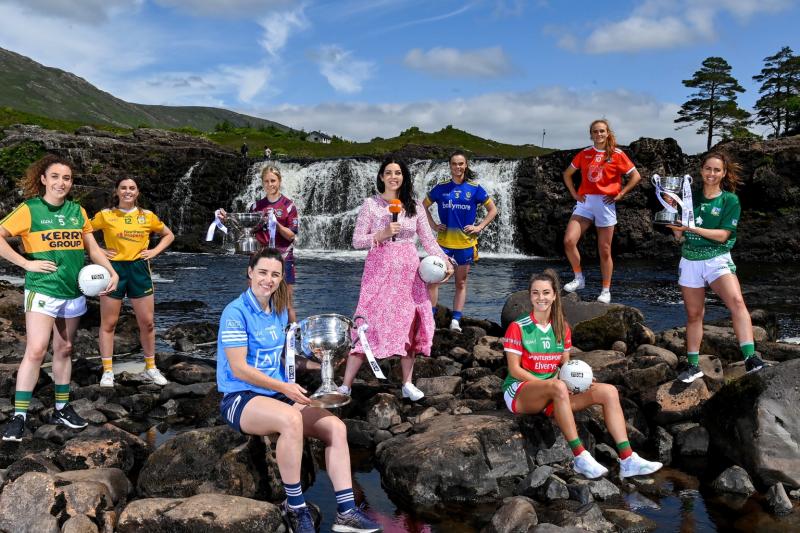 It has been confirmed that all 63 games in the 2021 TG4 All-Ireland Championships will be available to watch LIVE – and Friday night football is back!

TG4 will screen a total of 13 live games – including an All-Ireland Final triple-header from Croke Park on Sunday, September 5, when the Junior, Intermediate and Senior champions will be crowned.

TG4’s exclusive coverage begins this Friday, July 9, with the meeting of meeting of Galway and Kerry in Group D of the Senior Championship (throw-in, 7.30pm).

The Friday night fare continues with the Ulster derby clash between Armagh and Cavan on Friday, July 16, while Tipperary will play Meath in another Friday night offering on July 23.

In addition, the remaining 50 matches across the Junior, Intermediate and Senior Championships will be available to view live on the LGFA and TG4’s dedicated Championship online portal: https://page.inplayer.com/ peilnamban

31 counties will set out on the road to potential glory, with 13 teams competing in the Senior Championship, 13 in the Intermediate grade, and five in the Junior Championship.

Peil na mBan Beo will be available to audiences globally on the TG4 Player at www.tg4.ie/beo and on the TG4 Mobile and Smart TV App.

Spórt TG4 will also have exclusive behind the scenes action from the championships across its social media channels.

Máire will be joined on live coverage by a top-class team of analysts. Cork legend Rena Buckley, an 11-time TG4 All-Ireland Senior medallist, is on board again alongside Dublin’s Sorcha Furlong, a leading figure in the breakthrough 2010 win for the Sky Blues.

In the 2021 TG4 Senior Championship, Dublin are the team to catch as the Sky Blues, who recently captured the Lidl National League Division 1 title, aim for a fifth successive Brendan Martin Cup win.

Dublin’s opening fixture in the 2021 TG4 All-Ireland Senior Championship will be streamed live next Saturday, July 10, when they take on Tyrone at Kingspan Breffni.

2020 semi-finalists Galway and Armagh are other teams to watch out for in the Senior grade, along with Mayo, under the management of former county star Michael Moyles.

Westmeath, meanwhile, will be aiming to go one step further in the Intermediate Championship, after suffering defeat to Meath at Croke Park last December.

And in the Junior grade, five teams are bidding for glory, namely Antrim, Carlow, Derry, Limerick and Wicklow, who were runners-up last year.