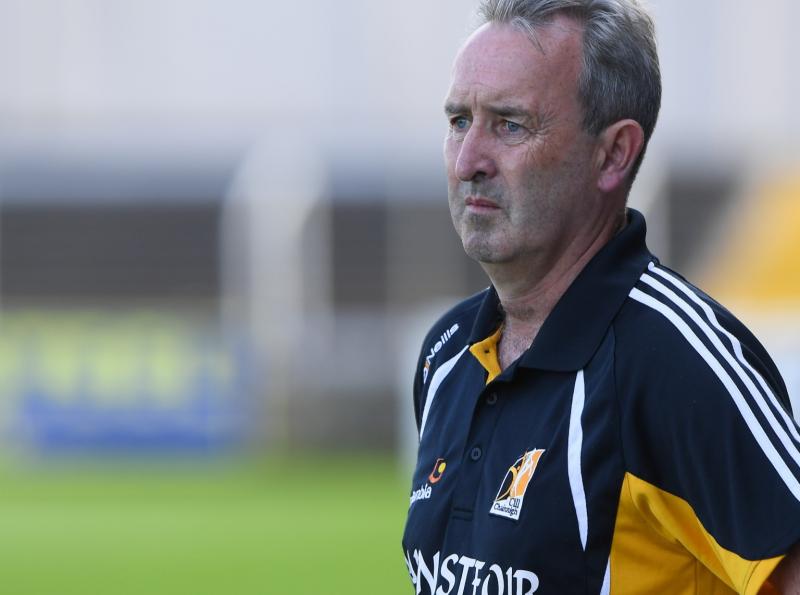 Once again it was an All-Ireland minor final defeat at the hands of Galway for Kilkenny but unlike the previous two defeats to the Tribesmen, the Cats went mightily close this time.

It was only a stoppage time Liam Collins goal that put paid to the Kilkenny effort and while Richie Mulrooney was bitterly disappointed, he was still immensely proud of his team after they overturned a seven point deficit to almost take victory.

“Galway got the goal in the 63rd minute to win it and it didn’t give us time to come back but we put in a magnificent effort from the time we were 0-7 to 0-0 down to getting back level and then to go ahead against such a good Galway team,” he said.

“That Galway team was the best side I came up against in my six year term as Kilkenny minor manager and I don’t say that lightly. There is no doubt they were the most physical and organised team we have come up against and it’s soul destroying really the way we lost that.

“It was a magnificent effort by all of our lads and I’m so proud of them all.

“They showed enormous character and determination and it’s probably just a reflection of Kilkenny, as a county, that lads of 16 or 17 years of age were putting in as much effort as the seniors were against Wexford,” said the Kilkenny boss.

“There’s no doubt the future is very bright and there is several lads off that team are going to play on the biggest stage of all.”

Kilkenny failed to score at all in the opening quarter but the way the side responded to adversary was a credit and for a period it looked like they would claim victory.

In fact the Kilkenny boss was so impressed by his team’s response that he quipped it was one of the best performances in his time, even if it was a losing effort in the end.

“The slow start probably was the difference in the end as we worked so hard to get the deficit back and then we were hit by a sucker punch of a goal at the end but games ebb and flow and even more so now with the water breaks as it’s practically four quarters now,” he said.

“Outside of that first quarter we were magnificent, I thought.

“I was delighted with the whole performance and the only thing wrong with the opening 15 minutes was that we ran into a really good Galway team,” he added. “The year the lads have given us has been great and while it is a disappointing end, so be it.

“I don’t think I’ve ever witnessed a Kilkenny performance like it and we were just terribly unfortunate to lose it and we surely deserved extra-time.”

It’s been a testing couple of months for underage teams around the country so even getting the delayed competition completed was an achievement and the Kilkenny manager gave credit to all the players after a tough time for everyone.

“To get here and play at all was brilliant and well done to Croke Park for ensuring that the All-Ireland minor final for 2020 was played,” he said. “We were glad to play our part in it but it’s just bitterly disapppointing that we didn’t come out on the right side of the result.

“You have to give massive praise to the parents of all the players as this started all the way back in 2019 and because of covid they had to drive them to every single training session throughout the last two years and the performances against Offaly and Galway show there is a very bright future ahead for Kilkenny,” Mulrooney said.

In what may prove a positive for the players that were involved last Saturday, the 2021 minor championship will kick into action next week when Kilkenny face Offaly.

“We’ve been training both the 2020 and 2021 minor teams on the same nights so it has been very difficult really.”