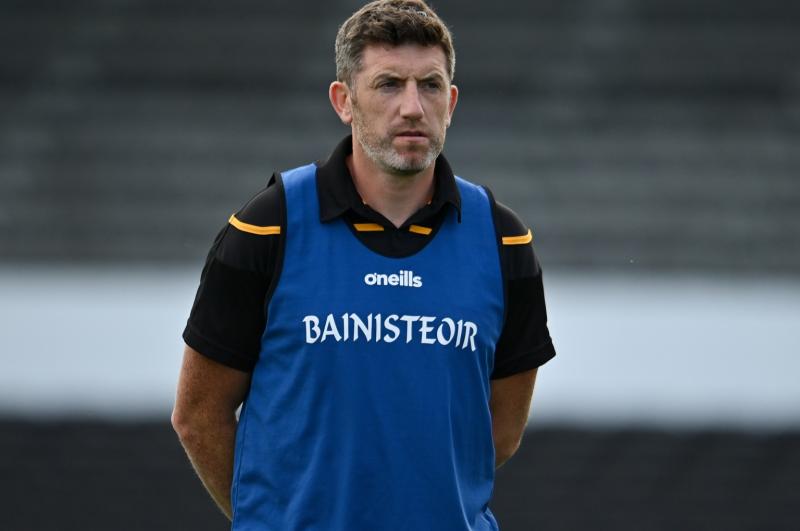 Kilkenny opened up their Leinster Under 20 hurling championship campaign with a 1-18 to 1-15 victory over Laois at UPMC Nowlan Park on Tuesday night.

The Cats were pushed to the limit for the majority of the game and it wasn't until the closing stages that Derek Lyng's side pulled away on the scoreboard.

The Emeralds clubman was happy with the win but knows they still have areas to improve on.

"It was a great game to win and for a while a lot of things weren't going our way but we kept fighting and the bench made a big difference.

"The lads kept going and that was important and while I thought a lot of decisions went against us, that's the way it is and we'll need to be much better next week but we are happy with the win.

"There was a bit of nerves there with it being our first game but I wasn't surprised by the challenge Laois gave us today as they had two good wins with big scores but we are in the next round and we know we need to up our game and performance," Lyng admitted.

One of the aspects that pleased the former Kilkenny player the most was the character his side showed when things looked to be going against them and the introduction of minor stars Billy Drennan, Cathal Beirne and Timmy Clifford helped in that regard.

"I was thrilled with our response as when things are not going your way it is easy to down tools but the lads kept going and they kept fighting and that's the most pleasing thing as there was a period of about ten minutes where we really dominated and while we didn't get the scores on the board we did well.

"We had three minors that played Saturday and it's a credit to them as they were super when they came on and to play a part after losing an All-Ireland final shows the character of those lads and they played a huge role in the win.

"We were conscious coming in that we had a panel all year but they couldn't be involved as a result of the delayed minor championship yet they were there on merit and we have a good squad so we need to drive on for the next day."

While Laois tested Kilkenny in certain aspects, a Leinster semi-final against Galway on Tuesday is sure to examine every part of Kilkenny's play and while they will be big underdogs after losing the last few meetings to the Tribesmen at underage level, they will be up for the challenge.

Lyng added: "Galway are a top class team and we will need to better than we were tonight but knowing them lads I'm sure we will."