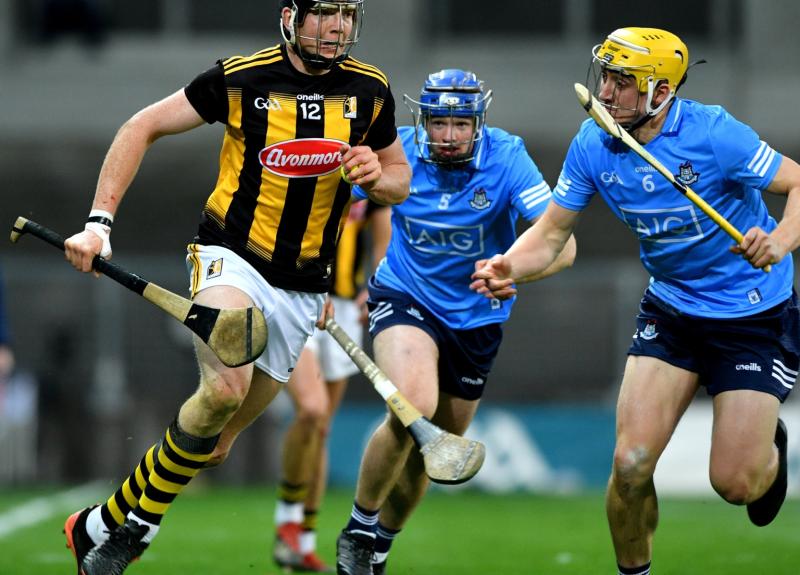 It’s not the provincial decider many would have predicted as Kilkenny and Dublin get set to face off in this weekend’s Leinster senior hurling final.

You will have gone a long way to find someone who could have foreseen Dublin reaching this stage but Mattie Kenny’s side were ultra impressive in the way they dispatched a disappointing Galway side.

It will be Saturday night fever in Croke Park with the game throwing in at 7.30pm and if the action is half as good as the semi-finals produced it’s set to be a thriller.

By recent standards it will be a novel enough final with Galway or Wexford playing a part in the last six finals.

It's Dublin’s first Leinster decider since 2014 where Saturday’s opponents proved too strong in a 0-24 to 1-9 victory. The Cats also went on to win the All-Ireland later that summer - an omen? for 2021?

Kilkenny’s team and squad is much changed from that afternoon with only Joey Holden, Cillian Buckley, Conor Fogarty, Richie Hogan, TJ Reid and Walter Walsh still involved with Brian Cody’s outfit in 2021.

Around that time Kilkenny and Dublin had a couple of bruising encounters with the Dubs getting a fair share of victories, including a National League title at the Cats’ expense in 2011.

Anthony Daly was in charge of the side from the capital over those progressive years between 2009 and 2015 and while they won a National League and Leinster title apiece, their success has dwindled a little in more recent times.

Despite oceans of criticism, Galway native Kenny seems to be getting a tune out of Dublin. Two championship victories in three years against his own county would confirm that point.

What Dublin do lack in though is a degree of consistency - 2019 was a perfect example as, after they beat Galway in Parnell Park to emerge in third position from the Leinster Championship round robin series, instead of building on it the next day out they were beaten by a fired-up Laois side managed by Eddie Brennan.

The 2020 campaign went along similar lines for the Sky Blues with decent performances against Laois and Kilkenny followed up by a meek championship exit at the hands of Cork in Semple Stadium, so getting in a performance is sure to be the Dublin mantra all this week.

If Dublin get that performance they are in with a big chance - but on recent evidence that is a big if.

The Leinster finalists have competed well with Kilkenny in recent encounters so they certainly won’t fear the Cats on Saturday and the Galway win will have given the challengers a huge boost of confidence.

Kilkenny, as if they needed it, will have received a huge jolt of belief after edging past Wexford in a titanic struggle.

Coming into the last four clash with their near neighbours there were lots of question marks hanging over Kilkenny. While they didn’t answer them all in that epic battle which went to extra-time they did, at least, show they are in decent shape.

The Cats went through a National League campaign which saw them win four out of five games. Their only defeat arrived against Clare on the last day when they were already assured of top spot, but they were refining a changed style of play in that time and the first real test arrived against Wexford.

We can’t say it was perfect as Wexford were mere centimetres from winning the game in normal time, but there were definitely significant improvements from their 2020 efforts.

Brian Cody’s side mixed up their game brilliantly and unlike in recent years, where TJ Reid led the attack on his own, there were numerous players who stood up to the mark when the Shamrocks man was marshalled from play by Matthew O’Hanlon. 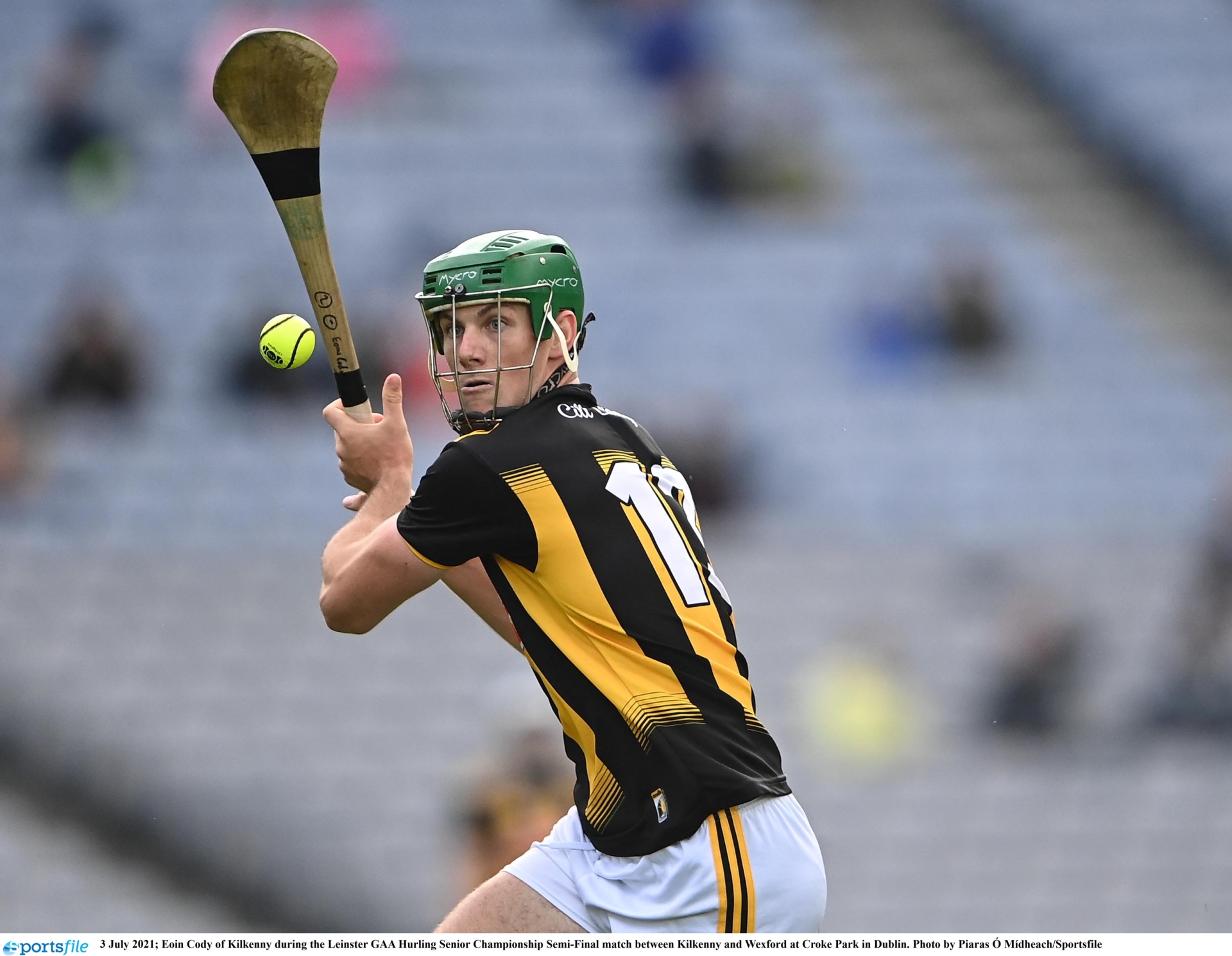 Chief among those in the support roles was Eoin Cody. While the Shamrocks man is already well known after claiming the Young Player of the Year award last term he went up another level against Wexford, scoring 1-5 from play. That tally could have been even greater on another day with the marquee attacker also having other opportunities to plunder more goals.

Cody led the forward line in great style for the Cats and it may well have been the day that he announced himself on the biggest stage. With Dublin full back Eoghan O’Donnell a big injury doubt for this weekend there may be further opportunities to stake his claim as Kilkenny’s next attacking force.

Cody has stepped up in the absence of his clubmate Colin Fennelly but he was far from on his own with the immense workrate of Adrian Mullen, Martin Keogh and Billy Ryan among others laying the platform for the Cats in their 2-37 to 2-29 success.

While Kilkenny’s resilience in refusing to give in and their character for staying alive in the game have to be noted, the efficiency in attack was quite something.

Over the course of almost 100 minutes of action Brian Cody’s side only had four wides in total - a remarkable stat when you take into account the chaotic nature of the game.

As well as that there was a huge impact off the bench for Kilkenny with seven subs getting on the scoresheet including Walter Walsh, James Maher, James Bergin, Michael Carey, Conor Fogarty, John Donnelly and Billy Ryan.

In total the subs got 1-9 when they took to the field. It’s that figure, along with the efficiency in front of goal, that will have pleased Brian Cody the most as his side stayed calm under the most extreme of pressure. 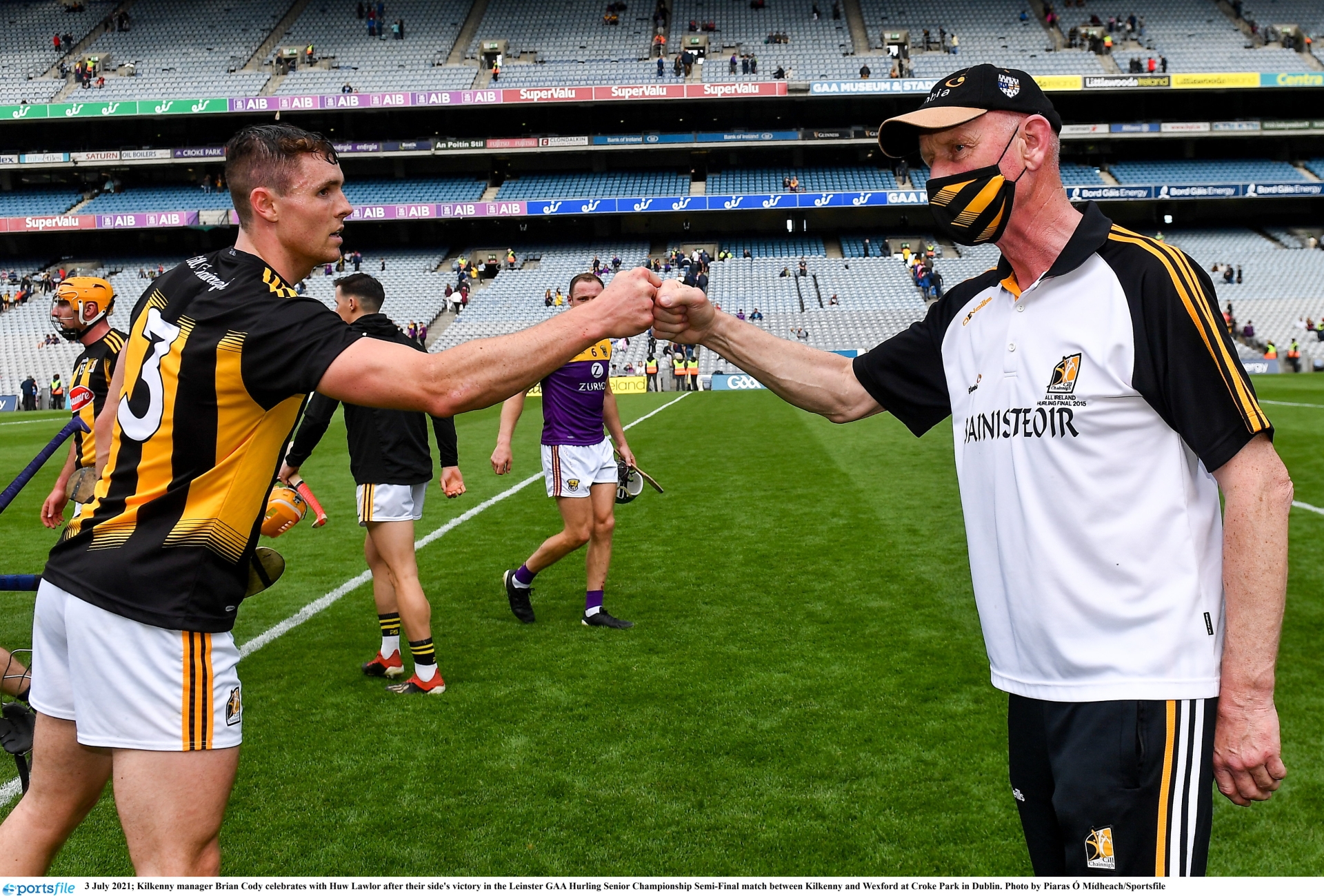 Looking ahead to this weekend and while it’s not a knockout game, victory for both is seen as hugely important.

A Leinster title would be greatly received by either county but in the grand scheme of things of almost equal importance is a route straight into an All-Ireland semi-final. That’s the real prize for the winner on Saturday.

It would also mean avoiding the shark-infested waters of colliding with a team building momentum through the qualifiers. With the likes of Waterford, Wexford, Galway, Clare and Cork all heading in that direction, the front door seems to be the way to go.

Kilkenny know the challenge that awaits them on Saturday evening and improving from the Wexford game will be the primary objective.

Dublin were hugely physical in the semi-final victory over Galway and while 2017 All-Ireland champions may have taken their eye of the ball a bit, Matty Kenny’s team were there to take advantage.

The four-point success followed up on a facile opening round victory over Antrim. Neither result looked likely based on their league form so taking any gloss on those five early season games could prove foolish in the extreme.

Different Opponents
Kilkenny beat Dublin in the league but they will be different opponents in Croke Park on Saturday. However, as already mentioned, the possible loss of Eoghan O’Donnell with a hamstring injury would be a major setback to the Dubs.

Aside from that, they have built their squad quite nicely with the likes of Mark Schutte, Jake Malone and Oisin O’Rourke impressing off the bench the last day.

Despite being a tad overworked Alan Nolan produced a couple of great saves while in front of him Paddy Smyth, Daire Gray and Cian O’Callaghan are all defending well.

Rian McBride and Conor Burke provide a youthful and energetic midfield pairing that Kilkenny need to be aware of. In attack Ronan Hayes provides the focal point at full-forward with Danny Sutcliffe, Chris Crummey and Donal Burke all able to chip in with scores.

With the dynamic Hayes taking a lot of defenders attention, Dublin have developed a sizeable goal threat and they know that they will probably need to find the net on a couple of occasions if the Bob O’Keeffe Cup is to reside by the banks of the Liffey for 2021.

It’s also worth remembering that Dublin gave Kilkenny the fright of their lives on Hallowe’en night last year before Huw Lawlor helped the Cats get out with all their lives intact.

Brian Cody and his management team will hope it’s not as close this time around but even if it is with TJ Reid and Eoin Cody up top, you would still fancy Kilkenny in a shootout.

From a Kilkenny selection point of view it’s expected that there will be minimal changes from the Wexford clash with the possible exception being John Donnelly, who carried a knock into the semi-final but did well coming on as a sub.

Darren Mullen also returned to the matchday squad the last day for the first time this year so competition for places is really beginning to heat up.

The squad depth that may have been missing over recent years is certainly blossoming. Cody knows he can trust any of these players now as they hope to bag another Leinster title.