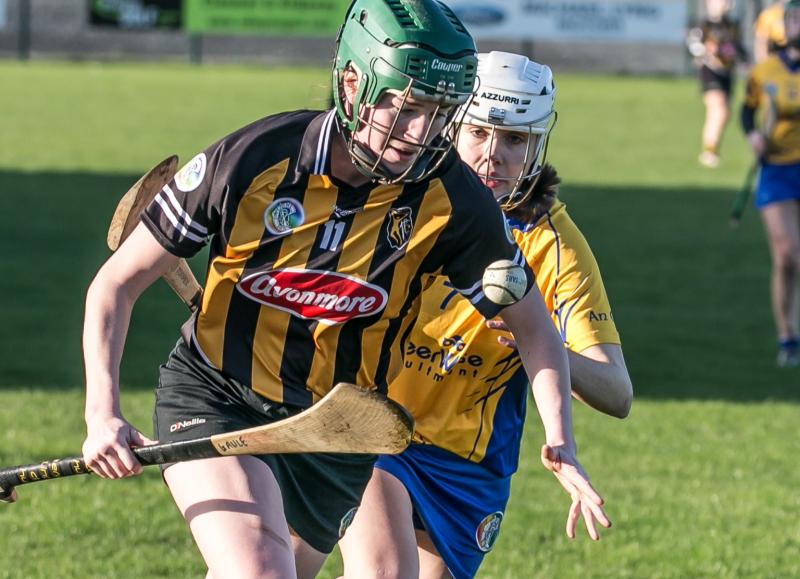 Denise Gaule top scored for Kilkenny with 0-11 against Clare.

In Group 3 of the senior camogie championship, All-Ireland and League champions Kilkenny were made to sweat by Clare, who proved no respecter of reputations before eventually having to give way by 0-22 to 0-16 at Sixmilebridge.

Chloe Morey knows every blade of grass around the ‘Bridge and it showed as she racked up 11 points for the hosts. Reigning player of the year, Denise Gaule weighed in with ten for the Noresiders however, and had a superior supporting cast, Katie Nolan hitting three early points and finishing with four, and Katie Power offering evidence of her enduring class after a horrific run of injury with a brace.

The foundation for the triumph was laid in the opening quarter, at the end of which they led by the final margin, 0-8 to 0-2, as Gaule converted a free. Clare outscored their opponents in the remaining period to half-time however, five points from Morey making it 12-8 at the interval.

That was as close as Ger O’Connell’s crew got though, Gaule, Power and Mary O’Connell finding the target in the championship quarter to open a nine-point lead. Clare finished well, Morey and Becky Foley raising white flags but Brian Dowling’s side had the damage done by then.