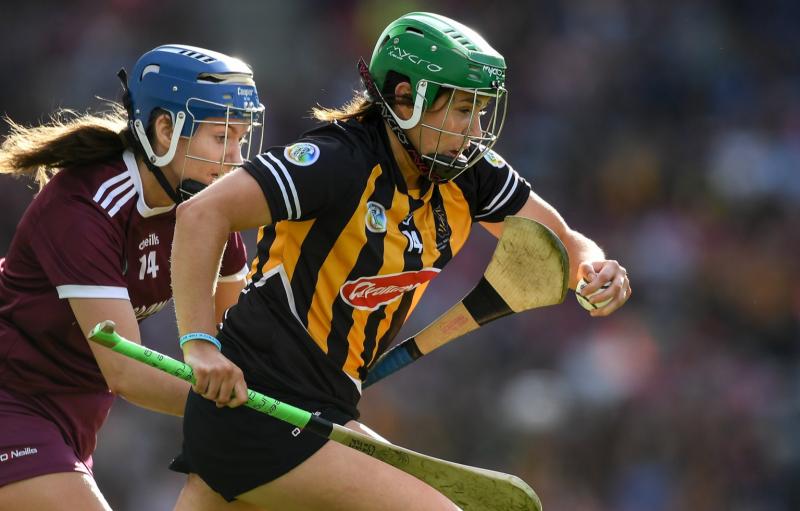 Miriam Walsh netted a crucial goal for Kilkenny against Westmeath.

Kilkenny maintained their unbeaten start to Group 3 of the All Ireland Camogie Championship with a nine point victory over Westmeath, but the Cats were far from impressive.

The final scoreline gives a very misleading look to the scoreboard in a game Kilkenny trailed for long periods and it was only when Miriam Walsh netted before the second half water break that the defending All-Ireland champions got on top.

Westmeath were excellent throughout and led 1-8 to 0-7 at the half-time interval after putting in one of their best performances in a number of years.

Kilkenny were well off the pace in that opening period and this was portrayed perfectly by current player of the year Denise Gaule who uncharacteristically missed a number of frees.

Kilkenny emptied the bench at the break and they eventually turned the tide in the final quarter on the back of Walsh's goal with Katie Nolan also finding the net late on in a game she scored 1-3 from play in as the Cats found a way to get the victory.

A win is a win as they say and as Brian Dowling admitted afterwards it was the worst performance in his tenure but that will be soon forgotten when they face with Galway in a crucial clash next Saturday.