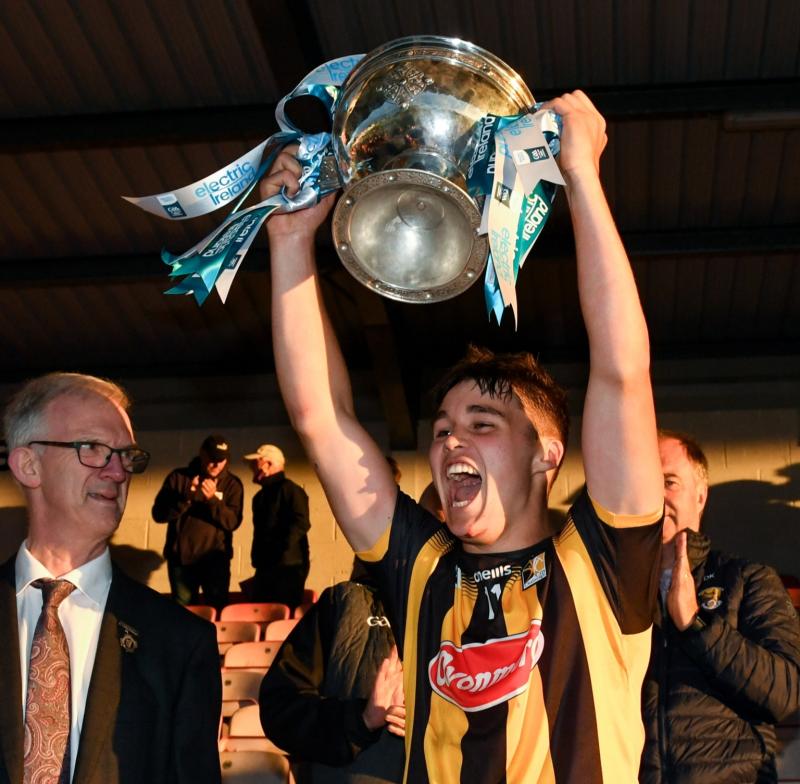 Kilkenny made it two Leinster minor championship titles within a month but they were pushed all the way by Wexford in an enthralling provincial decider at Netwatch Cullen Park.

In truth Kilkenny were utterly thankful to goalkeeper Alan Dunphy who made a number of vital saves in the second period to deny the Slaneysiders while wing back Joe Fitzpatrick also stopped a shot on the line.

A rather drab opening half came to life in stoppage time with a brace of quickfire goals as Ted Dunne fired Kilkenny into the lead before Adam O'Grady replied in kind as the sides were deadlocked at 1-5 apiece at the break.

Kilkenny's defence was very stubborn in that opening thirty minutes as Wexford failed to score a point from play with Luke Roche hitting five frees but it was a different story in the second period as a brilliantly taken Simon Roche goal gave the 2019 champions the lead by the end of the third quarter.

It was at this stage that Dunphy thwarted both Luke Roche and Cian Doyle and a third Wexford goal could have been curtains for the Cats but Richie Mulrooney's side battled back with points from Ted Dunne, Harry Shine and Danny Glennon.

Wexford threw everything at Kilkenny in the final minutes but they couldn't find the much needed goal as Kilkenny hung on to claim a 59th Leinster crown.