Robert Cribbin speaks to Camogie Player of the Year Denise Gaule about 2021, the pressure of staying at the top and much more 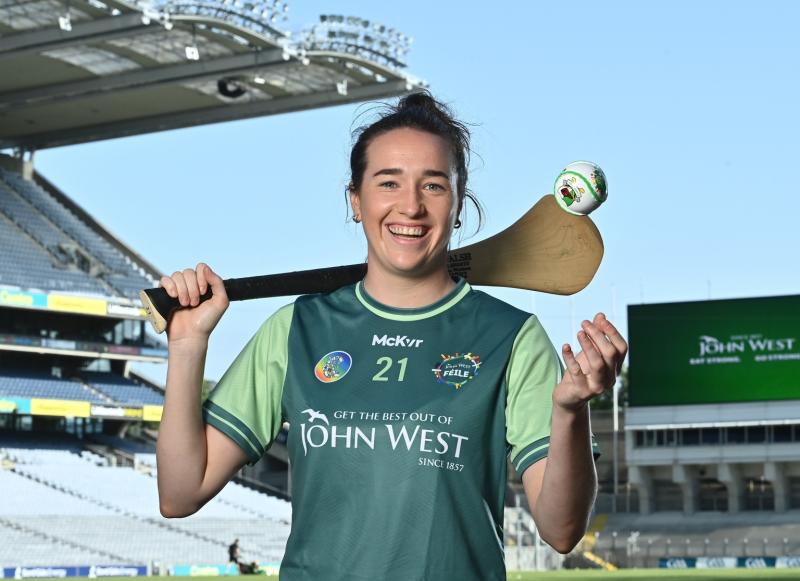 The championship season in camogie is really starting to come to boiling point with the final round of group games taking place and as ever Kilkenny look primed to compete in the latter stages.

Essential to the Cats success over the next few weeks will be the current Camogie Player of the Year Denise Gaule.

The Windgap attacker had a stellar 2020 that saw her team regain the All-Ireland title in a silent Croke Park last December where she netted the winning goal.

In typical Kilkenny form though, she doesn’t like to take the credit and in some ways feels there were other more deserving winners of the top player gong.

“Last year our backs won us a lot of the games and they were the strongest players on the team for us more so than the forwards I thought,” said Gaule.

“Granted the forwards seem to get more credit and defenders get more of the blame when you lose but when you look at the like of a Claire Phelan, who was outstanding in both the semi-final against Cork and the final against Galway, you think maybe they deserve it more but that’s the way it goes.”

Under normal circumstances Gaule would have been engaged in more media outings to go with the award but she knows the expectation and pressure that’s on her shoulders, even if she takes it in her stride.

ALL ABOUT THE TEAM

“This year has been very different as there hasn’t been much press as a result of Covid while before it may have been a bigger deal,” she said.

“I won the award in 2016 as well so I had a bit of understanding on how to deal with it but it would never go to my head anyway as I’m not that type of person. Look, it’s a nice thing to have and I’m sure when I retire it will be nice to look back on, but this year is new and it’s a clean slate for everyone and hopefully we can drive it on.”

The ace attacker is part of a Kilkenny side that has really found the winning formula over recent years, and so much so that they are unbeaten since the Covid-enforced break.

The defending league and All-Ireland champions, you can see the confidence flowing through the side.

“In the league this year we had a few tight games with Limerick and Tipperary; in truth we could have lost either of those games,” she said. “Even in the final against Galway, it was just a 10-minute purple patch after half-time that won us the game so once we keep winning it keeps the mentality going. It’s even more beneficial when you come out on top in tight games.

“Of course sometimes you think you should be playing better, but once we keep winning it doesn’t really matter what way we do it. Hopefully we can push on this year.

“We’ve lost a lot of tight games in the past so it’s great to be on the right side of the scoreline and the younger players are the ones driving it,” she added.

“They have this winning mentality and for the future of Kilkenny it’s great so please god we can compete at the end of the year again.”

Kilkenny have had a hugely successful 12 months or so which is in direct contrast to the years that went before where they lost three finals on the bounce. Gaule puts the success down to the influx of a number of young players that have pushed the standards in the squad.

“It’s hard to put a finger on how the change in our fortunes has developed, but when you look at it we lost a few All-Irelands by a point or two and with a bit more luck we could have won a few of those games and maybe being going for three in a row!

“We weren’t that far off it but I think when Brian Dowling came in he just gave us more belief,” she continued. “It was more so with the younger girls on the panel, as there have always been opportunities for them to play and last year they took their chances.

“The pressure was probably taken off the older girls as a result whereas before it may have been the same few taking the scores so it was that new blood that gave us the injection of belief and we haven’t looked back.

“The likes of Katie Nolan, Mary O’Connell and Aoife Doyle are all a big part of this team now and even Brian always calls our subs finishers as they come on and do as good a job as the girls that were starting,” she added.

“It’s brilliant to have that competition in the group and even in training you can see everyone pushing each other on. When you go out for the games it certainly helps.”

Gaule and her Kilkenny teammates are currently racing towards the end of the group stages of the senior championship with their final game taking place against Galway on Saturday.

It’s been a mixed bag of performances for the Cats against Clare and Westmeath but having a run of games is something the players really enjoy.

“It’s brilliant to have the games and even more so when you are winning and you just want to keep going.

“Three weekends is not too bad as it doesn’t take too much of a toll on the body but it’s just about getting training right during the week so you are ready to go again at the weekend and with the recent hot weather you are just trying to get enough fluids into you.

“The games allow you to build up a bit of momentum and it’s really leading into the Galway game at the weekend which is probably seen as the big one for us as a group so hopefully we can build on the recent results and go from there.”

A lot to look back on for Gaule and her Kilkenny teammates but for now all attention is on this year’s championship and Saturday’s game with Galway as the All-Ireland champions chase further success in 2021.