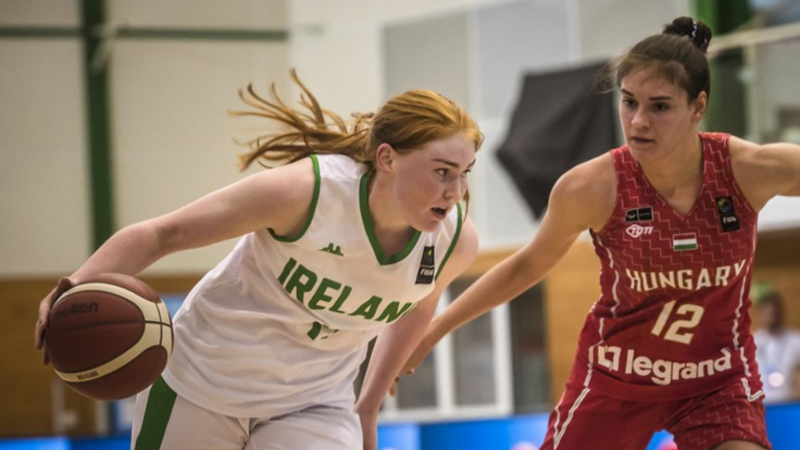 Ireland’s U18 women put in a dazzling performance to pick up their first victory of the FIBA U18 European Challengers, with 87-64 win over Hungary. They combined efficiency at the basket with some brilliant defence. It caps a fine campaign from the team, competing against Europe’s elite in Division A basketball.

Lucy Coogan’s prowess from the three point line saw her convert 7 of her 8 attempts in a 29-point personal haul, along with her six rebounds and three assists. Captain Hazel Finn had 16 points, while Kara McCleane finished with 14.

Ireland began with a commanding first quarter, which was polished off with a lovely jump shot 3-pointer at the buzzer by Emma Glavin, to give Tommy O’Mahony’s team a 34-15 lead.
Hungary improved in the second quarter, but Ireland remained focussed and in control, leading 49-38 at the break. Coogan had picked up 12 points by half-time, McCleane had nine points, while Finn and Sarah Hickey had eight points each.

Ireland’s determination to pick up a win was evident throughout, Coogan’s driving layup at the end of the third quarter handed them a 67-51 advantage going into the final quarter.

Ireland didn’t let up in the fourth quarter, pushing home their advantage to win by 23 points.