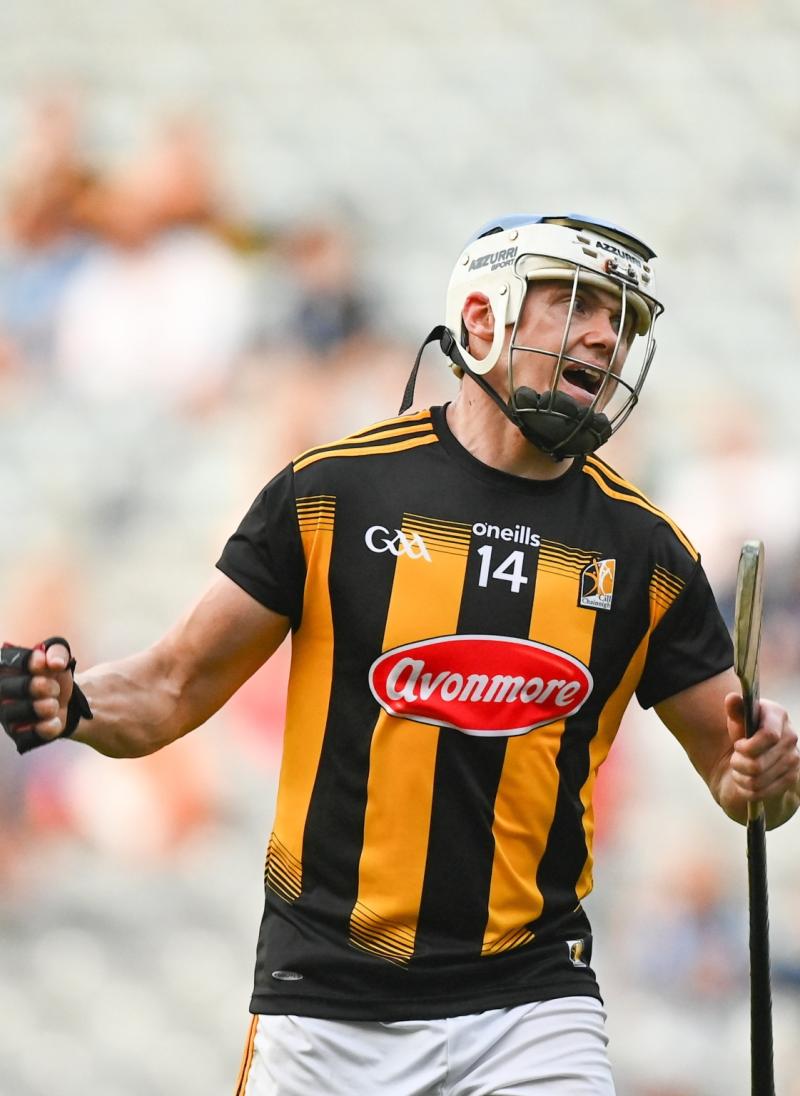 Once again TJ Reid will have a huge role to play for Kilkenny as they hope to qualify for the All-Ireland final. Picture: Eoin Noonan/Sportsfile

Kilkenny are in the exact position they will have wanted to be at the start of the year.

Playing in an All-Ireland semi-final with a place in hurling’s showpiece decider at stake and the team that is standing in their way is a resurgent Cork side.

It’s a repeat of the 2019 All-Ireland quarter-final where Kilkenny proved too hot for Cork before losing out to Tipperary in that year’s final, but both sides have changed immensely in that two year period .

It may seem strange to say it but it’s still hard to know how good Kilkenny are but one thing’s for certain - we will get that answer this weekend.

As well as competing on the talked about ‘weaker side’ of Division One throughout the league they have also beaten Wexford in the Leinster semi-final via extra time as well as accounting for a Dublin side that were shorn of a couple of stars due to Covid regulations.

Kilkenny did what they had to do in both of those Leinster outings but things will need to go up a level on Sunday if they are to emerge victorious.

While it’s hard to know just how good Kilkenny are at the moment, you could say the exact same thing about Kieran Kingston’s Cork side.

After a number of lean years, the Rebels appear to be getting their act together again and a look at the underage scene would only verify that view with the Leesiders sitting as the defending All-Ireland under-20 champions for 2020 while they are also in this year’s decider against Galway as well.

As a result Cork have brought through a number of talented youngsters into the senior side and it seems to be bearing fruit.

Even in last year’s campaign there was certainly signs that Cork may be emerging from their transitional state and on the way to being a major force again as they pushed Tipperary all the way in an entertaining qualifier just weeks after easily disposing of Dublin.

Onto 2021 and Cork were dealt the difficult hand of facing off with All-Ireland champions Limerick in the opening round of Munster. While they predictably fell to defeat, they were still very competitive for long periods.

A run through the qualifiers may have been exactly what Cork needed to expose their younger generation to top level games and while they had to get over tough hurdles in Clare and Dublin they are now travelling to Croke Park as very dangerous opponents for Kilkenny.

The Clare game in particular showed us that the softness tag that was being thrown around for a couple of years had disappeared for the Rebels as despite Tony Kelly putting on a hurling clinic for Clare on that evening in Limerick, Kieran Kingston’s side still found a way to win with Shane Kingston, Jack O’Connor and Shane Barrett grabbing crucial goals in a two point win.

Swagger
The freshness and swagger appears to be returning to the Cork side and there is every chance they will flourish in the open spaces of GAA HQ this weekend as they hope to make their first All-Ireland final since 2013.

That in itself is a remarkable statistic when you think about it and even more so when you have to go back to 2005 for the last time Liam MacCarthy resided by the banks of the Lee.

While not as long, Kilkenny have had something of a minor famine of late - it was in 2015 when they last landed the ultimate prize.

In some ways that’s what makes this All-Ireland semi-finals so absorbing in the fact you have the two most successful hurling counties in the history of the GAA locking horns in the hope of moving a step closer to reliving past success.

The two teams are a lot more alike than they’d care to admit as well with both forced in some ways to bring through younger players in an attempt to lessen the burden on ace attackers TJ Reid and Patrick Horgan.

For the naked eye it seems to be working well so far with the likes of Eoin Cody, Adrian Mullen and Alan Murphy among others stepping up for Kilkenny while on the Cork side the already mentioned Kingston, Barrett and O’Connor are lightening the load on Horgan.

Reid and Horgan are still capable of mesmeric moments on the field though and they’ll need to be well marshalled. The one advantage Reid may have in that case is that he is able to roam all over the field and is just as good at assisting as he is at scoring.

Cork may not have that same luxury and it will be interesting to see if Huw Lawlor follows the Glen Rovers man Horgan for the entire 70 minutes.

While both sides are fluent in attack they do tend to hold solid bases at the back. It’s that foundation they will look to build on for this game.

That solid base has worked well for Kilkenny thus far but it’s biggest challenge is on Sunday when the question marks of whether they have learned sufficient lessons from last year’s defeat to Waterford will duly be answered.

Cork will bring to the table a lot of similar issues that caused Kilkenny so many problems in last year’s All-Ireland semi-final in that they employ a direct running game which brings great pace to the attack.

Kilkenny may not play like that but they have changed up things this year to possibly negate any chance of, in this case, Cork getting at them.

The introduction of Conor Phelan as a selector has seen the Kilkenny style of play vary a little. While they continue to use the attributes that make Kilkenny teams so good, the fact they can mix up their game by going long and short makes them feared opposition for any team.

The other big asset that has developed over the last two games in the Leinster championship has been the evolution of the strength in depth now residing in the Kilkenny squad.

Combining the Wexford and Dublin victories together the Kilkenny subs have contributed 1-13 from the bench. That sort of firepower could be essential on Sunday afternoon.

The Cats’ finishers are getting to the type of level that the Dublin footballers were at a number of years ago and it makes Brian Cody’s decisions with regards his starting lineup all the more difficult.

Looking ahead, the train of thought is that the Munster sides are a step above the Leinster teams this year and Kilkenny are the last ones to test that narrative.

It’s an incredibly difficult game to call with Kilkenny possibly marginal favourites coming in but there certainly won’t be much between the sides.

It could be tasty!