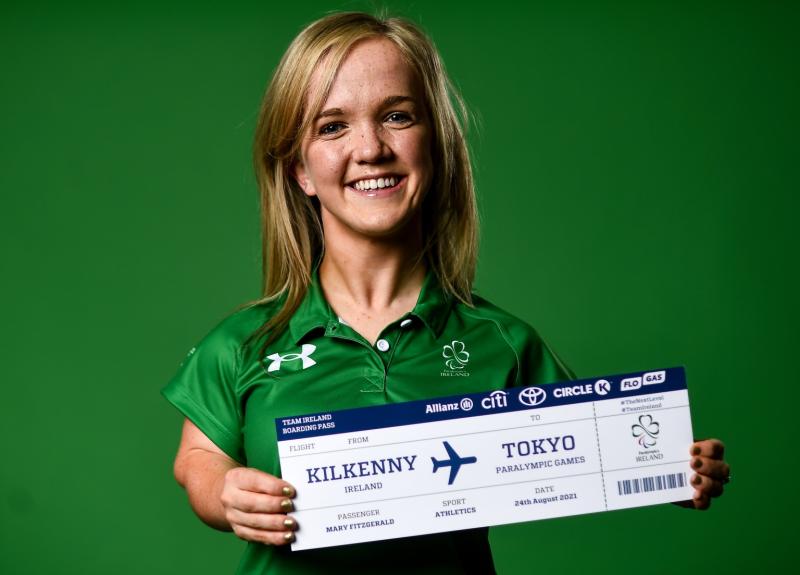 Kilkenny’s Mary Fitzgerald will take part in the shot putt

Mary Fitzgerald is one of eight Irish athletes that will compete in Athletics at the Paralympic games in Tokyo later this month.

The Gowran native will be competing at her first ever games in the F40 Shot Putt.

Fitzgerald will be the second Kilkenny star in as many weeks to be chosen to travel to Tokyo after Cliodhna Manning was named on the extended Mixed Relay team that qualified for the final in the Olympics.

The Irish Athletics team is led by Jason Smyth who will be competing his fourth games having won every race he lined up in at Beijing, London and Rio. He will defend his title in the T13 category of the 100m.

Elsewhere Niamh McCarthy will be looking for another medal after picking up a silver in the F41 discus last time out, while Michael McKillop will be aiming to defend his T37 1500m gold.

Jordan Lee, Orla Comerford, Greta Streimikyte and Patrick Monahan round off the team.

As well as the Athletics, Ireland have also confirmed a five strong swimming panel with Barry McClements, Nicole Turner, Róisín Ní Ríain, Patrick Flanagan and Ellen Keane all set to travel to Japan.

The action gets underway in Tokyo on 24 August and will run until 5 September.