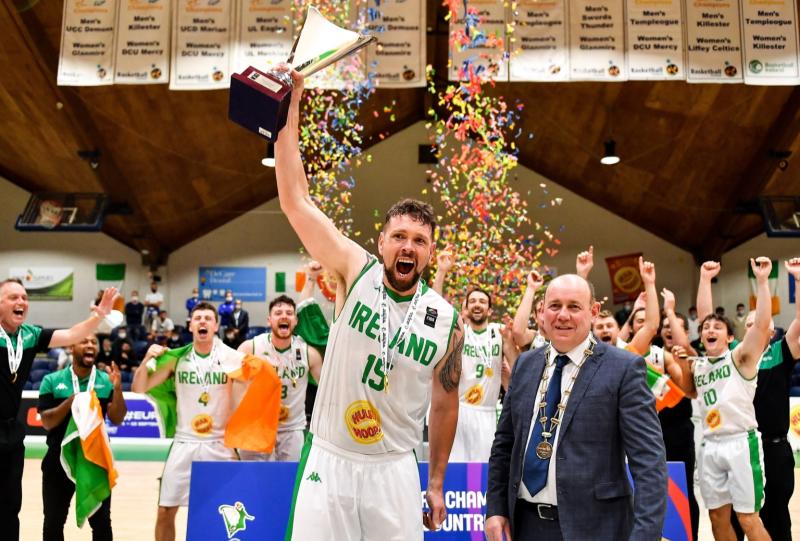 This decision comes just days after Killeen led Ireland to it's first senior men's title in 27 years, as they claimed the FIBA European Championship for Small Countries.

The team ultimately won the championship after a 97-66 victory over Malta on Sunday at the National Basketball Arena in Dublin, having kept a clean sheet throughout the tournament.

Killeen has enjoyed a 14-year international career with Ireland, having first taken to the court with the Ireland senior men's team in 2007.

His first game, a friendly against Luxembourg in July 2007, was also played at the National Basketball Arena. Killeen's first championship appearance was in August 2007, when the team faced Switzerland in FIBA EuroBasket 2007 Division B.

Prior to joining the Irish senior men's team, Killeen spent time pursuing his basketball career abroad. He travelled to the US at 16 and played with Notre Dame Academy in Virginia, where he won two state championships.

Irish Basketball spoke to Jason about his decision to retire. "My favorite memories playing basketball have always been playing in the summer with the national team. As a young man the veterans took me under their wing and their advice and guidance served me throughout my career. My hope is that that I was able to do the same for some of lads who are starting out on their own journeys. It has been my pleasure to see this current group of players grow and develop in the Irish system and prove that they belong in the next level of European competition. The future of Irish basketball is bright and it has been my honor to be part of that".

Ireland men's head coach, Mark Keenan also spoke on Killeen's departure. "It was a fitting way to cap off a great 14 year international career for Jason. We really felt he deserved to be captain and to finish off his international career on a high. I’m delighted for him".