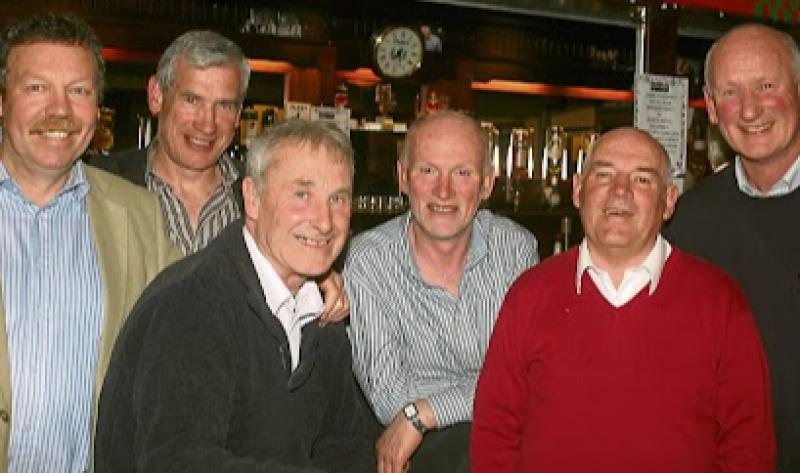 Liam (Chunky) O'Brien pictured alongside some fellow legends from the James Stephens club.

The former four time All Ireland winner passed away peacefully in the wonderful care of the staff at St Luke's Hospital, Kilkenny, predeceased by his loving wife Judy, brother Paddy and sister Evelyn, much loved father of Derek, Mark, Nicola and Liam.

He will be sorely missed by his loving family, brothers Eamonn and Kevin, sisters Lily and Pauline, son-in-law Mattie, daughters-in-law Bridget, Aisling and Donna, grandchildren, great grandchildren, nephews, nieces, extended family, neighbours, friends and all in the G.A.A Community.

A private funeral will take place on Thursday morning at St.Patrick's Church Kilkenny.

As well as being missed by his loving family and friends, it will also be a huge loss to all GAA supporters in Kilkenny.

He was also named on the All-star team on four different occasion as well as claiming the Texaco Player of the year in 1975.

O'Brien also had a hugely successful club career with James Stephens as he claimed four Kilkenny SHC titles as well as two Leinster and All Ireland crowns.

He will be hugely missed by everyone involved in Kilkenny GAA circles.