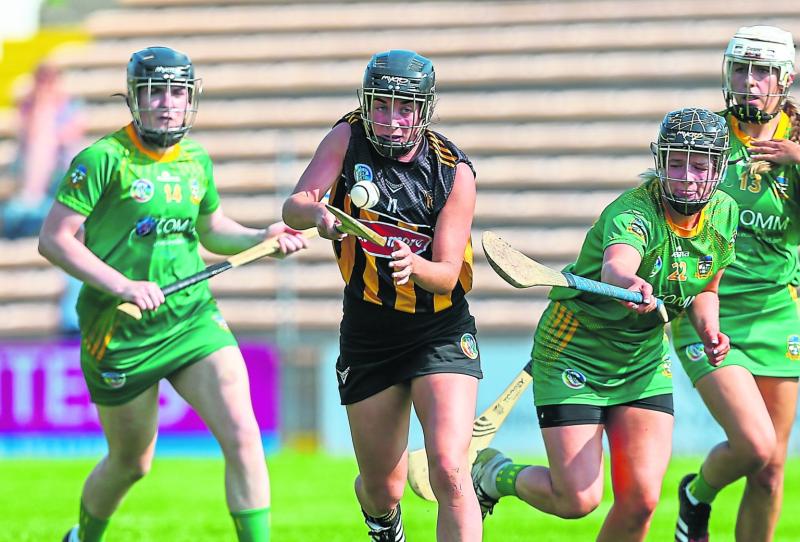 It was a real battle, but the Kilkenny intermediate team came through a tough test to book their place in the All-Ireland final.

John Scott’s side earned a meeting with Antrim in the September 12 decider at Croke Park thanks to a hard-fought win over Meath at UPMC Nowlan Park on Saturday.

Ciara O’Keeffe opened Kilkenny’s account in the first minute slotting over a fine point from play. Jane Dolan equalised for the Royal County with a point from a 45m free.

Sophie O’Dwyer pointed a similar score for Kilkenny in the fourth minute, before Amy Gaffney and Jane Dolan (free) pointed for Meath to put them a point ahead by the ninth minute.

Kilkenny did not panic. Sophie O’Dwyer hit an equaliser, before Ciara O’Keeffe put Kilkenny in front again with a point from play just before the waterbreak (0-4 to 0-3).

After the short break, Sophie O’Dwyer extended the Cats lead with pointed frees. Jane Dolan (free) and Aoife Minogue (free) again narrowed the gap to a point, when they pointed in the 23rd and 26th minute for Meath.

Kilkenny closed out the first half the stronger. Points from Sophie O’Dwyer (2) and Danielle Quigley left the score 0-9 to 0-5 in favour of the Cats.

Meath were quick to nibble away at Kilkenny’s lead after the restart, Jane Dolan pointing a free for the Royal. Sophie O’Dwyer replied with all most similar score immediately from the 45m line for Kilkenny, before Amy Gaffney and Sarah Walsh swapped points.

Heading towards the second waterbreak Kilkenny upped the tempo. Running towards goal Sarah Walsh hit a rasper of a shot at the target, but it was deflected out for a 45 by the Meath goalie, Sophie O’Dwyer converted the 45, pushing the gap out to five points heading into the final quarter (0-12 to 0-7).

It was back to four when Jane Dolan converted a 30m free, the score coming after the Kilkenny defence overcarried the sliotar while trying to clear their lines.

Kilkenny’s sharpshooter Sophie O’Dwyer added her ninth point from a 45m free in the 51st minute, before Dolan slotted over a point for the Royals from a placed ball.

Over the next seven minutes play went from end to end, but neither side could add to their tally despite several opportunities.

It made for a tense finish, but there were roars of joy from the Kilkenny camp when the referee blew the full-time whistle.

With it the Cats were back in the All-Ireland final for the first time since 2016.