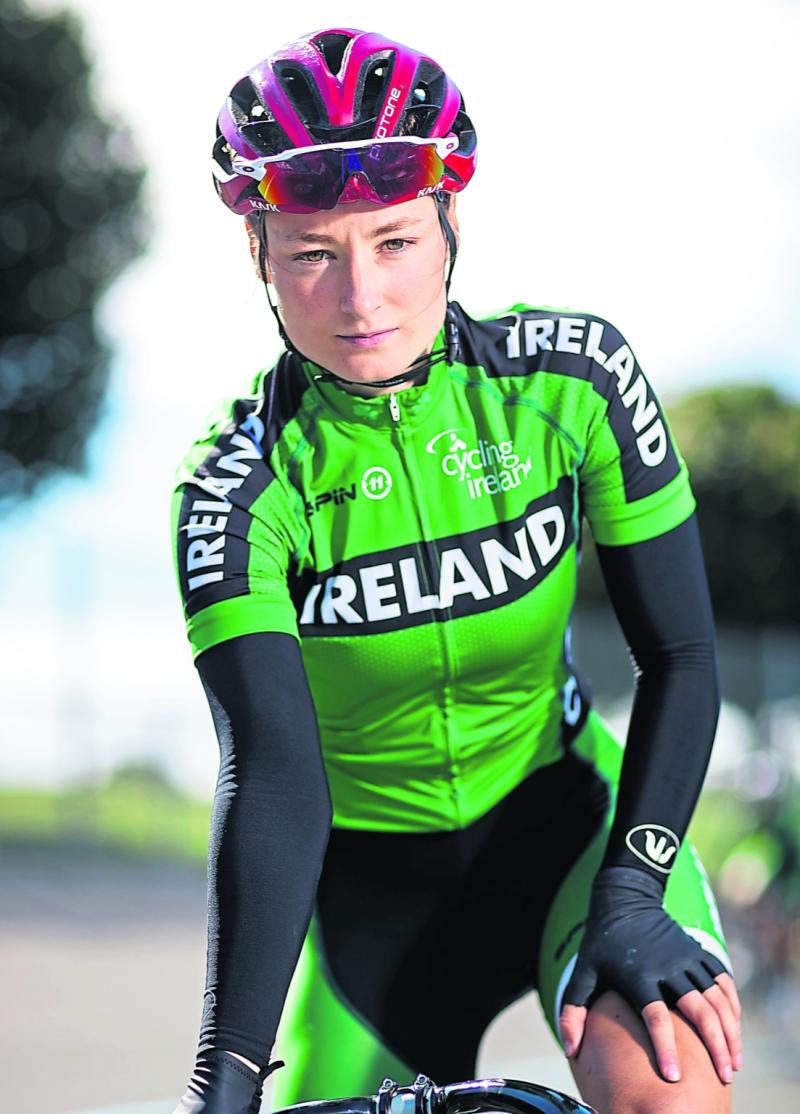 The eyes of the Irish cycling audience will be firmly fixed on the Marble City of Kilkenny as the Rás na mBan kicks into gear this week.

From the minute the riders set off for Callan in the opening stage to the closing stanza in Kilkenny City it will be wall to wall action as the event takes place on Noreside once more.

With new routes added for this year’s showing the Rás continues to showcase everything that is unique about Kilkenny. The international stage race will feature four road race stages, a time trial and a circuit race taking place over five days in and around Kilkenny.

The event offers a variety of challenges and stage lengths attracting top racers from all over the world, but a big event needs a local favourite. Luckily the 2021 edition has exactly that in Mia Griffin.

The Glenmore youngster has risen to prominence in recent years and even just over the last few weeks and months she has been seen cycling all over Europe in what has been a challenging few months for the talented cyclist.

“We were in Russia on the back of a good training block in Majorca and before that we were racing in Belgium so I’ve been kept busy. They were all good experiences travelling around Europe.”

While performing on the continent is important to any aspiring cyclist, Griffin has had this week marked in the calendar for a long time as she aims to perform to her maximum on home soil.

She has been back in Kilkenny over the past month as she practices and trains on the Rás route to get her eye in for what is in front of her over the next few days.

“I’ve been back home in Kilkenny for about a month now,” she said. “I arrived off the back of a race in France and then came straight back.

“I’ve been training in Kilkenny ever since and I’ve just been looking at the stages for the Rás and preparing as well as I can for that.”

Griffin will be hoping that local knowledge pays off after she was selected for the Irish team for the Rás race.

The Glenmore native is one of five riders selected to represent the country in the race, which takes over Kilkenny from September 8 to 12.

The team also includes Alice Sharpe and Imogen Cotter, who were part of the National squad that competed in the Kreiz Brezh last month.

Griffin will be hoping to bring her recent good form from the track to the road.

She was a member of the Irish team who won the Team Pursuit title at the 2021 Track Cycling Nations Cup in Russia, as well as a bronze in the Individual Pursuit.

Griffin has performed in big races before so she knows what it takes to perform but getting selected for Ireland in an event that takes place in her own county is a huge honour for herself and her family and while there is a bit of added pressure in the green jersey, she is planning to seize the opportunity.

“Getting called up to the Irish team is a huge honour for me,” she admitted. “The race in France a couple of weeks ago, Pres bres, was the first time I wore the green shirt and represented Ireland on the road. It was very special.

“To be on the team is great and I know I’ll be well looked after.

“To compete on the roads that I train on will be a bit surreal,” she added. “It’s something that many people will never get the opportunity to do, so to do a stage race around the places I train every day will be really cool.”

The Irish squad member seems to be taking the chance in front of her all in her stride and even feels she may have a big advantage over the rest of the global field.

Her local knowledge is something she is keen to make best use of as she races around many of her daily training routes.

“I think I do have an advantage in the race to be honest,” she said. “I’ve gone through Piltown numerous times on the bike and one of the stages finishes in Piltown while another one goes up the climb at Woodstock and Inistioge. I know all of those roads so well that when the corners come I will know how to take them so in that sense I think it is an advantage.

“When you are cycling in Ireland the roads roll differently to anywhere abroad - they are a lot harder to ride and they are more gritty and sticky.

“So it’s good that I’m used to that and the resistance you get in your legs so I do see myself ahead of the rest of the field in that regard.”

The five day event will not be the first time that Griffin will be competing in the race but she admits wearing the green of Ireland will make her more noticeable to people outside of Kilkenny.

The feeling of home is something that Griffin is really excited by and like on her previous outing she can’t wait to perform in front of her teammates, friends and family.

“One of the years that I did the Rás, all the members of my first cycling club were on top of one of the hills cheering me on,” she recalled. “Just having people you know in attendance with all the familiar faces really motivates you.

“There’s a great buzz when you see people you know and it will be great to have it in front of me so I’m hoping I can make people proud.”

Not one for making wild estimates or predictions Griffin is just going to take it stage by stage. While she does have big ambitions for the week she is hoping to find her form throughout the race and hopefully compete in her specialist sprinting category.

“I’m going to take every day as it comes throughout the event,” she said. “I’m not entirely sure where my form is at currently so I’ll only find that out over the next few days.

“I will be looking at placing in the sprints as that’s the type of rider I am so the stage that would suit me most would be the criterium event around Kilkenny City so I’m hoping to do a good result in that and the final stage as well.

“They are two of the stages I will be targeting, but I hope I can enjoy the experience as much as I can,” she said. “It’s not everyday you get to race around Kilkenny and I’m really looking forward to it.”