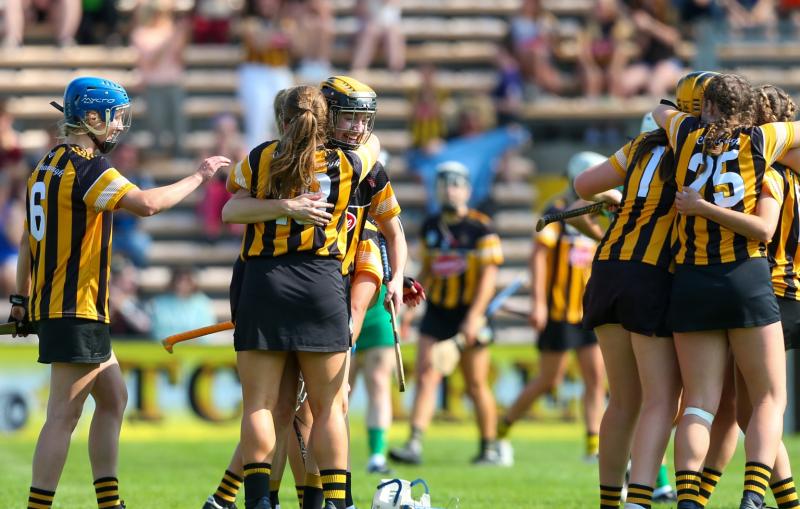 The Kilkenny players celebrate the semi-final victory over Meath.

Kilkenny stand in the Saffrons’ way of an All-Ireland title and they go with the same 15 that began against Meath last time out. Sophie O’Dwyer is a real threat from frees and play, while the side is captained by full-back Róisín Phelan, who has the vastly experienced Leann Fennelly, a previous winner at this level and captain when the Cats lost the senior final in 2014, in front of her.

The Cats will be hoping to win their first title since 2016 and they will be aiming to overturn an earlier championship defeat to the Ulster side.

Like Kilkenny, Antrim also have the same side that emerged victorious in the semi-final victory over Galway.

Antrim were defeated in last year's decider by Down and there are a dozen survivors from that game with Áine Magill, who played such a key role in that defeat of the Tribeswomen and also scored a vital goal as Antrim drew last weekend’s All-Ireland Minor B final with Offaly, one of the trio coming into the team along with netminder Catrina Graham and Maria Lynn.