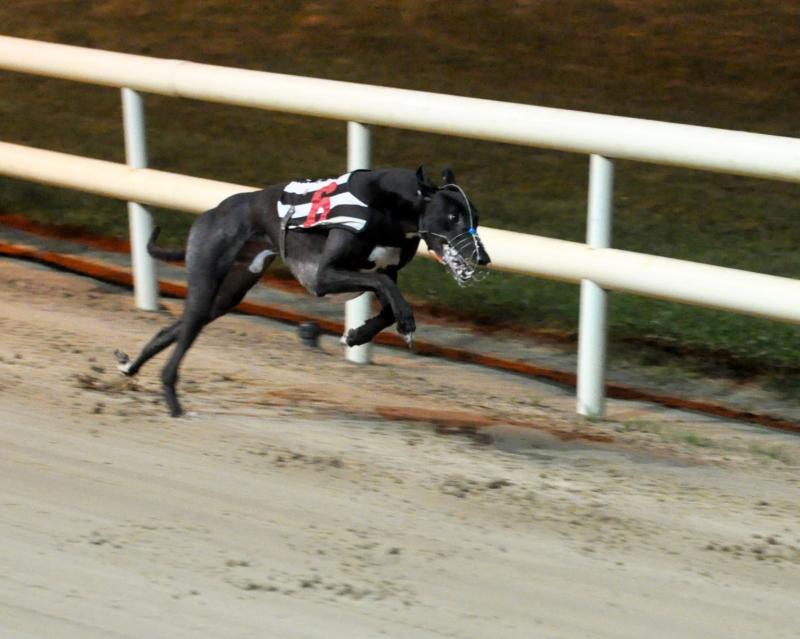 After four weeks of the most incredible racing action imaginable, the Boylesports Irish Greyhound Derby field was reduced to the final six at Shelbourne Park on Saturday evening.

There were many superb performances on the card but the undoubted stars were All About Ted and Susie Sapphire as they dominated in their respective Derby semi-finals to claim their place in the greatest race on the planet.

All About Ted, who is trained by Mooncoin trainer Peter Cronin, came in for floods of cash right through the week and evening to go to traps the 8-11 favourite for the opening semi-final and it was inspired money.

The brilliant son of Kinloch Brae and Enable has improved with each start through the Derby and it was immediately evident that better was still to come.

Coming through the bars from the outside box, Willie Rigney and Richard Brown’s All About Ted was always in complete command. Things were far less straightforward on the inside of the track, however. As expected, Singalong Sally dived for the fence from trap three, causing Scooby princess to lose all momentum.

Singalong Sally gave chase throughout but never looked like bridging the gap, while Carrigeen North continued to contain those in behind. The order never changed thereafter and All About Ted emerged a brilliant winner by four lengths in a rapid 29.23. Singalong Sally was second, two and a half lengths clear of the third qualifier, Carrigeen North.

The second heat had been billed as one of the great races with a line-up fitting of any classic decider but, for the second week running, Peter Comerford’s Susie Sapphire displayed amazing early speed to dictate from the early yards to remain unbeaten in the Derby.

It was a copy and paste type display from the sensational daughter of Droopys Jet and Jetstream Lynx as she produced a typically professional display of early speed. Recording a 3.41 split for the second week running, she comfortably headed the fast-starting Explosive Boy into the bend. Jackslittlething and Ballymac Ariel came next with Ballymac Fairone and Priceless Jet not far behind.

Susie Sapphire was in pole position. Entering the back straight with two and a half lengths in hand on Explosive Boy, it was clear to all she was going to take some catching.

Susie Sapphire held on to take the verdict by a head in 29.34. Not only had she beaten one of the best fields ever assembled, but she also maintained her unbeaten record in the competition. Explosive Boy was second, while there was a four length gap to Jackslittlething in third as he held the challenge of Both Ballymac Fairone and Ballymac Ariel.

The final of the 2021 BoyleSports Irish Greyhound Derby will take place at Shelbourne Park on Saturday night and will be broadcast live on RPGTV (SKY Channel 437) . It really is a race to look forward to and there seems every chance it could offer the most incredible spectacle. The lucky winner will take home a massive €125,000.