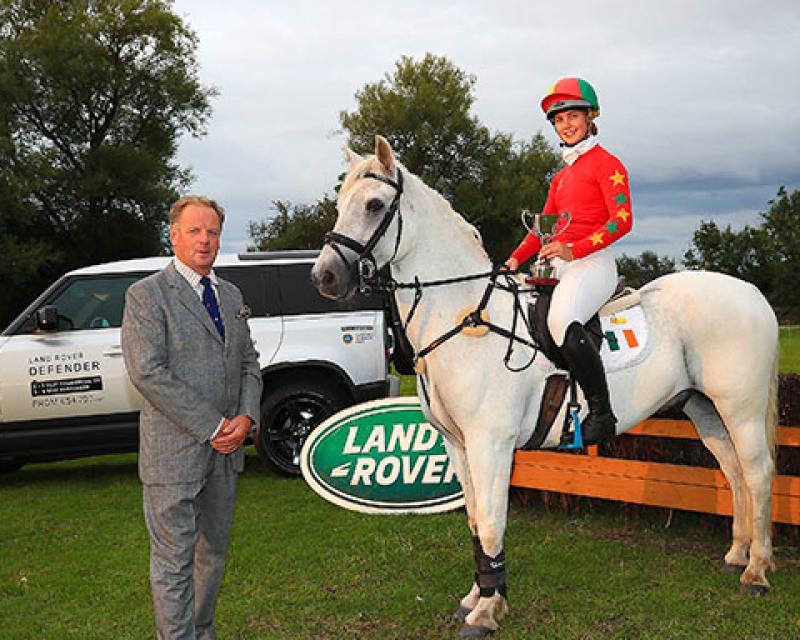 Ruth Fogarty a third year Loreto Kilkenny student has enjoyed a remarkable summer of success achieving double gold at two of the largest Tetrathlon events held in Ireland in 2021 – the Antrim Tetrathlon in July and the National Tetrathlon event in Kilossery Stud in August 2021.

Ruth’s teams won on both occasions at each event.  Her team mates in Antrim were Sarah Kehoe, Caolifhionn Lawlor and Aisling Marriott and for the National Tetrathlon event she competed on a team with Sarah Kehoe, Anna Murphy and Hannah Kelly.

At the national competition Ruth also won the best individual female shoot and was awarded the new Gabriella Weaver Trophy.

The tetrathlon is a tough competition and involves training and competing in four disciplines – swimming, running, shooting and riding. It requires huge dedication and commitment training round the clock.