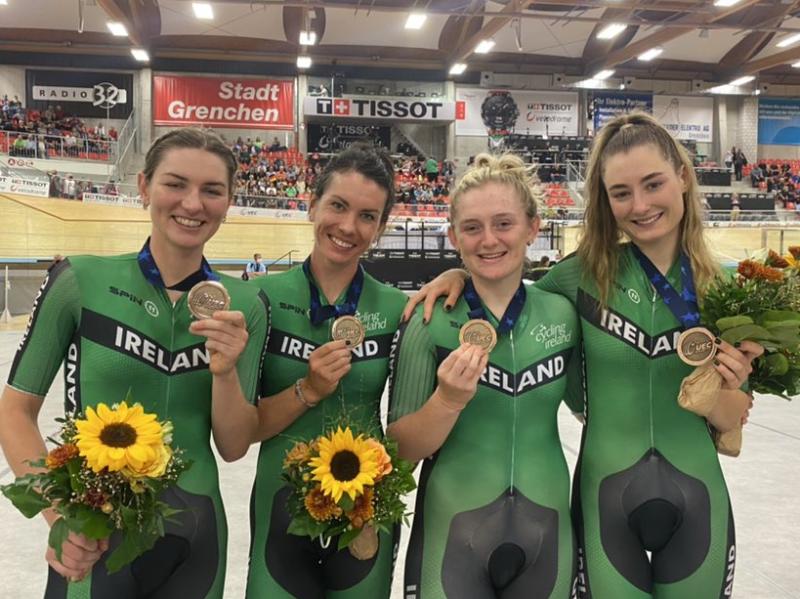 Griffin was alongside Kelly Murphy, Emily Kay and Alice Sharpe as the Irish squad finished in third spot which was more than three seconds ahead of Great Britian in the bronze medal ride-off.

The 4km event saw Ireland finish behind Germany and Italy who collected the gold and silver medals respectively.

The Irish quartet broke the national record in qualifying for the Bronze medal ride-off with a time of 4:21.202 and the success continues the upward trajectory for Griffin who only last month narrowly missed out on winning a stage at the Ras Na mBan in Kilkenny city.