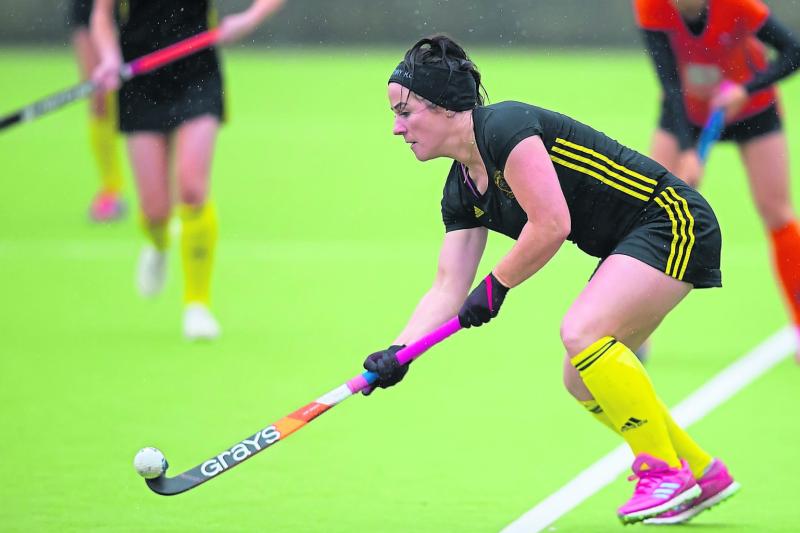 With preseason games and training out of the way, the Kilkenny Ladies travelled to Dublin side Three Rock Rovers, to fulfil their much anticipated opening fixture of their League campaign.

With home advantage on their side, Three Rock set their sights on getting off to a fast start.

However, it was the travelling team who set the tempo of the game with Sue Shirley and Sara Browne pressing the Dubliners in high up the pitch.

After a series of intricate passing between Gemma O’Dwyer and Paula Farrell, the Cats won themselves a short corner which was narrowly deflected wide at the back post.

The second quarter saw Ally Carter link well with Clair Phelan in the middle of the pitch and both stalwarts made blistering runs up the wing on many occasions.

Sinead Connery urged the team forward in search of a goal as the first half came to a close, aided by newcomer to the team, Lily Grace.

With the game still very much in the balance, the black and amber women took to the field in the third quarter with a steely determination to clinch the opening goal of the game.

Kilkenny defenders Ciara Clarke, Ava Murphy and Tyla Sanderson kept a tight lid on the defence and fed the ball forward to their attackers.

The only goal of the game came when Sue Shirley made a surging run forward and was fouled in the circle, resulting in a penalty flick being awarded.

Sinead Connery calmly stepped up the mark and gave her side the lead as she slotted the ball into the roof of the opposition’s net.

Kilkenny midfield duo Laura O’Neill and Laura Walshe played a key role in the final quarter of the game as the Cats battled hard to hang on to their one goal lead.

In the dying minutes of the game, the home side made a final burst forward in search of an equaliser but goalkeeper Doireann McCurdy stood firm and made sure to keep a clean sheet for her side.

To much relief, the final whistle was blown and Kilkenny supports could breathe a sigh of relief.