Former jockey David Mullins spoke to Richard Wilson (Myracing.com) about his retirement a few months ago and what the future holds 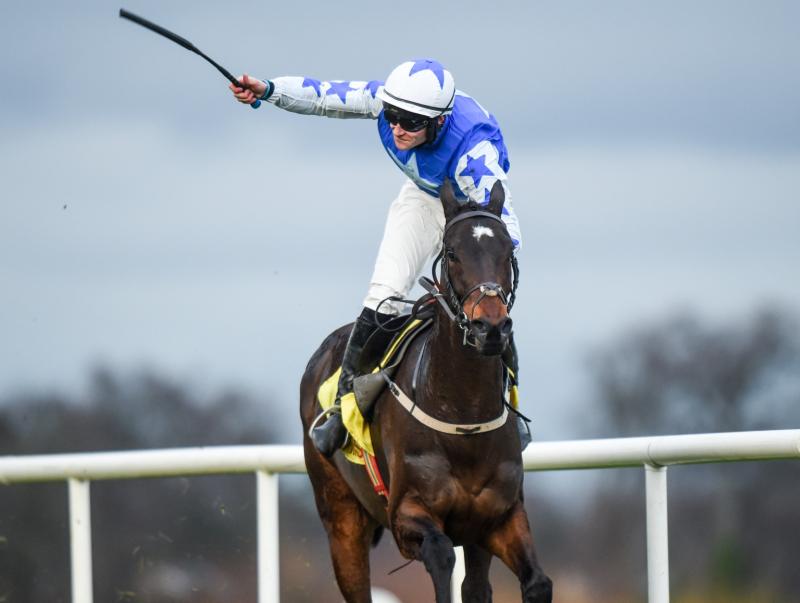 As the annual calendar rolls into October, the official beginning of the National Hunt season is moving ever closer.

Last Saturday saw some major stars make their seasonal reappearance at Gowran Park where the PWC Champion Chase was held - excitement levels will only go up a level over the next few weeks.

Despite the restricted crowds throughout the 2020/2021 season it still provided some memorable moments with Rachael Blackmore in particular taking centre stage as she landed top jockey at the Cheltenham Festival as well as becoming the first woman to ride the winner of the Aintree Grand National.

Willie Mullins continued to dominate on the local front as he claimed another trainers’ title while also scooping a number of marquee races at the season ending Punchestown Festival.

While he got used to it for the majority of last season, the Closutton maestro still had to cope without David Mullins after the Grand National winning jockey confirmed his retirement last January.

A lot of time has passed since the talented former jockey left Naas Racecourse at a fairly routine midweek meeting and decided he no longer wanted to go down this path. While it came as a big shock to the horse racing community, Mullins hasn’t looked back.

“I’ve no regrets on the decision,” he said with confidence.

“Even when Kemboy won a Grade 1 at Leopardstown a week or two after I retired at the Dublin Racing Festival I still didn’t want to be there too badly - I wouldn’t have minded being present for that race to win a few quid because I’d ridden him on his most recent run over Christmas! That confirmed riding wasn’t for me anymore.

“I wasn’t enjoying it anymore,” he said. “I definitely still think I made the right decision.”

David is the grandson of the legendary Paddy Mullins and son of trainer Tom. Maybe the family lineage that made his decision so surprising.

While the Goresbridge man has vacated the saddle he is very much still involved in the sport. Mullins can be seen at the various sales in buying and selling horses and after citing a lack of enjoyment as the reason for his riding retirement, it’s something he thoroughly enjoys.

“I didn't have anything planned straight away after I stopped riding,” he admitted.

“I wanted a bit of time to figure things out after stopping.

“I decided to start buying a few stores to go point-to-pointing and training horses in that format too.

“I’m looking to buy some fillies too at the store sales to see how they do as race mares.

“There’s some good prize money incentives for mares now so it’s a good thing to get involved with and try to take advantage of.

“I love judging horses and always have,” he added. “That’s the reason why I became a jockey. I loved riding young horses in bumpers and now I’m at the other side of things it’s really interesting.

“I love seeing the progression of the horse and seeing the raw material of them at the store sales.

“Seeing them grow, develop and eventually make the track is incredibly rewarding and something that I want to carry on doing.

“I’ve been at the Young Horse Championships too watching my girlfriend Susan do some showjumping, which I’ve really enjoyed recently.”

While falling out of love of the game was the primary reason for giving up his occupation, the 25-year-old also cited the commitment levels needed to succeed at the top level while not having one of the main jobs in the country and how that can affect your overall wellbeing.

For the young man, the recent move of former champion jockey Ruby Walsh linking up with the Irish Horseracing Regulation Board to launch a mental health app for jockeys can only be a good thing when the lifestyle is so difficult.

“It can only be good for the sport,” Mullins said. “I know Ruby wouldn’t be involved if he didn't fully agree that it could help racing.

“He was magnificent for all young jockeys at the yard, a superb example to all in the sport.

“He was always there to help you, even if it was advice to make you better than him, although that wasn’t possible because there wasn’t anyone better than him overall.”

While the multiple Grade 1 winning jockey has been watching on in the background over the recent months, it can’t be denied that it has been a rocky period for the sport and it all kickstarted with Gordon Elliott’s suspension last February.

Elliott has returned to his day job in the last few weeks and has been firing in the winners with Mullins happy to see him back on the scene.

“I think he’s done his time now and we should all move on,” he said.

“If you weren’t fully against him when the story came out then you were as bad as him and if you weren’t on his side the week after you were a villain as well.”

David still plays a big part at his father Tom’s yard and he thinks he has a nice few horses on his hands for the season ahead, singling out one to follow.

“Happy Du Mesnil is one for my father to watch out for,” he said. “He’s come from France and has been catching the eye at home and should go for a maiden hurdle around November time.”

Looking ahead to the future - and while not totally ruling out a return to riding at some stage - Mullins has some big plans.

“My door is still open to anything in the future. I wouldn’t mind TV work or training a few more pointers.

“I’m not sure I’d have the personality for the big owners if I started training at a higher level, but I’d be more than happy with a few point to pointers and maybe the odd bumper horse!”