The Kilkenny man stood out with a number of impressive displays for St.Pats 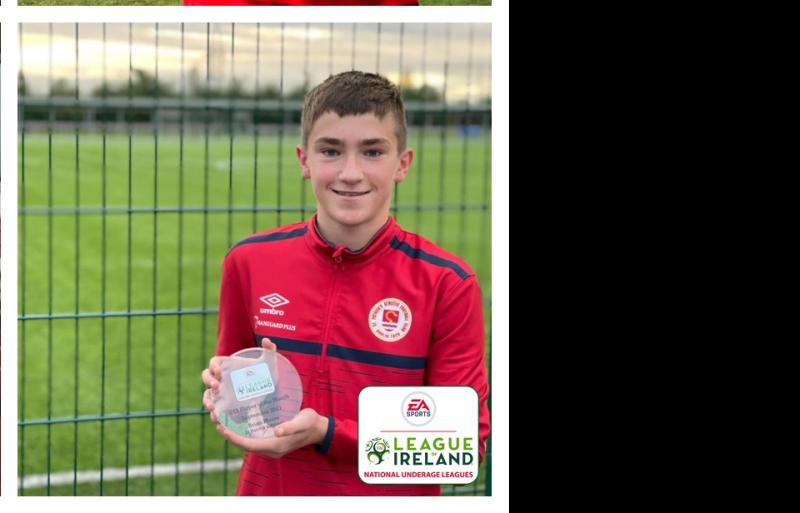 The EA SPORTS National Underage Leagues Player of the Month awards for September have been confirmed.

As the season approaches its conclusion across the four age groups, Dundalk, Sligo Rovers Shelbourne and St. Patrick's Athletic are all represented in this month's Player of the Month awards.

In the U14 league, Dundalk's Liam Mulligan claimed the trophy, St. Patrick's Athletic striker Brian Moore won the award in the U15 league, Shelbourne's David Toure won in the U17 league and Sligo Rovers' Peter Maguire completed the quartet in the U19 league.

The Monaghan-born central defender has had an excellent season so far for Dundalk and starred for the Republic of Ireland U-15’s in Montenegro last month and also part of Jason Donohue’s U-15 squad this week in the double header against Poland.

Brian has been at St. Patrick’s Athletic for three seasons now and has already scored 18 goals this season including two hat-tricks for his club and one hat-trick for Paul Osam’s U16 team against Malta last month.

David recently played in both matches for Colin O’Brien's Republic of Ireland U-18s double header against Hungary in August. The highly-rated right full-back signed his first professional contract with Shelbourne at the start of the 2021 season.

Peter, native of Blacklion in Cavan, signed for Sligo Rovers from Manor Rangers in 2017. His performances at U19 level has seen him included some several of Liam Buckley’s first team squads this season including the club’s two UEFA Europa Conference League ties against FH Hafnarfjordur. Peter is also on a football scholarship in Sligo IT through the partnership with Sligo Rovers.