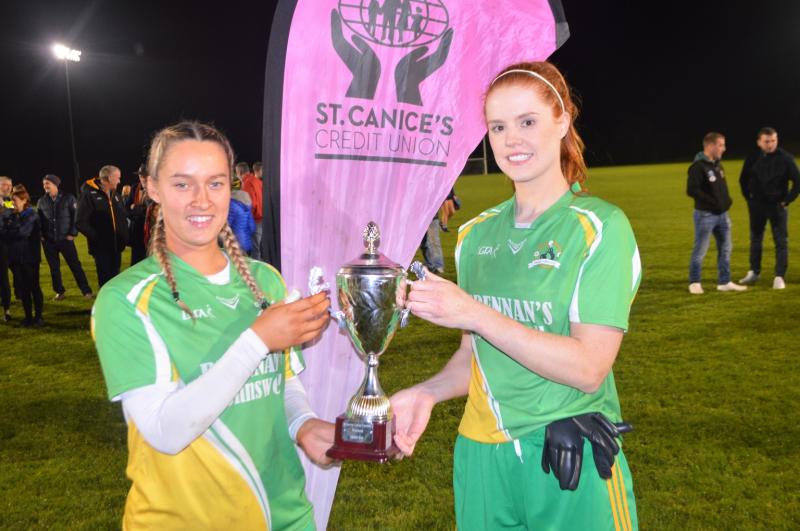 The fast pace and high energy of the game was set from the throw in at 8pm and the remarkable intensity of the play was maintained right up to the final whistle.

The big crowd of spectators were treated to an awesome display of Ladies Football in the county’s marquee event.

Both sides showed impressive skills and strength and the palpable passion highlighted how no team wanted to leave this behind.

The first half saw both teams with their share of possession and score chances but it was Muckalee who capitalised most in front of goals and at half-time were in the lead 2-8 to 1-2.

Thomastown were not going down without a fight but were unlucky in the third quarter with wides while Muckalee continued to keep their momentum and composure in front of goals and facing into the final quarter had a commanding lead.

Thomastown however still did not lie down and produced two fine goals in the last quarter.

At this stage however it was too late for a comeback and the strong Muckalee side had done more than enough to secure the well deserved title of Kilkenny Ladies Football county champions.

Well done to the management and players of both sides and a huge congratulations to Muckalee on this momentous win.

They go forward now to represent Kilkenny in the Leinster Ladies Gaelic junior club championship, where they will face Westmeath opposition in their first game.