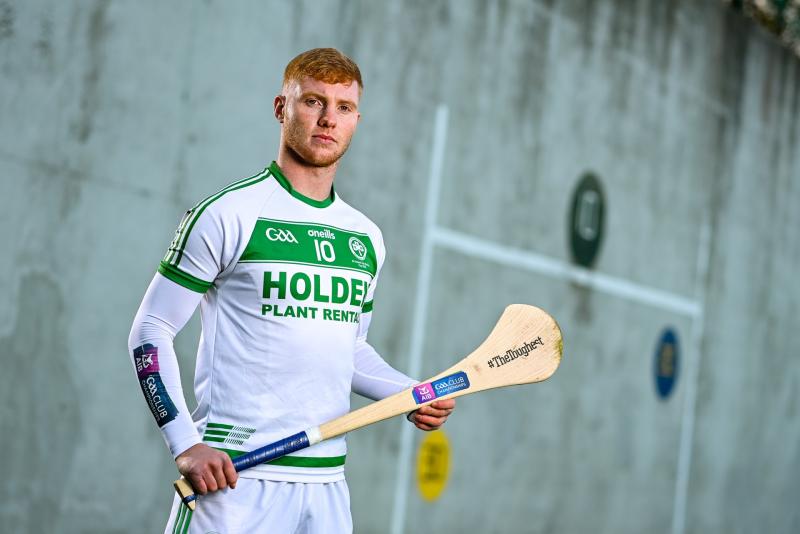 Adrian Mullen insists that the younger players in Ballyhale feed off the example of veteran stars such as TJ Reid.
The latter recently collected his 10th Kilkenny SHC crown and is hoping to lead the Shamrocks to a first ever three-in-a-row of AIB Leinster and All-Ireland SHC title wins.
“Eoin Reid is 38 but he’s still a vital cog in the wheel and pops up with vital scores when they’re needed,” says Mullen, whose side beat O’Loughlin Gaels in the county final.
“What TJ (age 34) is doing is unreal and the shape he’s in is a credit to himself because he puts in that work,” Mullen reflected while speaking at the launch of this year’s AIB GAA Club Championships and AIB Camogie Club Championships. “Us younger players feed off that when we look at what they’re doing. Just trying to emulate them as best we can, and that pushes the young lads on.”
Bond
Mullen smiles when the spirit of this Shamrocks side is mentioned: “Yeah, look, our whole team is as close as they come. We’re so close together and we have that bond, on and off the field. The memories we have so far are unbelievable and we still want to win more and have more memories to look back on.
“The whole community is unreal and there’s always a buzz around, it’s unreal to be involved in and seeing the smiles on people’s faces when we win county titles and things.”
With this year’s AIB’s GAA Club Championships and AIB Camogie Club Championships celebrating #TheToughest players of them all – those who are not defined by what they have won, but rather refuse to give up, don’t give in and don’t stop trying – Mullen knows exactly how tough sport can be.
Injury
The free-scoring forward first came to national prominence when winning Young Hurler of the Year and AIB Club Hurler of the Year in 2019, but then came a dreaded cruciate knee injury.
With GAA action postponed due to the pandemic, Mullen was ultimately left waiting 15 months for his return to competitive action.
“It was unreal at that time to win Young Hurler of the Year and Club Player of the Year, and then a club All-Ireland on top of it. Everything was going good, but that’s life and that’s sport. Sport can be cruel as well and it was tough at the time to accept, as I had so many highs and then this big low came.
“I was straight into rehab mode,” he adds. “I was onto the surgeon nearly straight away. We got an appointment to go see him and got an MRI the day after to see the damage. Once I found out it was a cruciate, I obviously had a long road ahead. I wanted to get back for the club the same year, but that came too soon so I missed out on that.”
Both Mullen and Shamrocks are on the winning trail once more, however, and their bid for more glory continues on Saturday, December 4, against Mount Leinster Rangers of Carlow.
“It’s obviously hard to put the finger on it,” he says of how they keep producing stars, “but you obviously have to give credit to our managers up along, from under 8 and under 10.
“I remember as a young lad looking at Henry (Shefflin) and TJ, and Colin and Mick (Fennelly) as well, and then club legends as well. You don’t have to look too far to see these people and you grow up just wanting to be like them.”