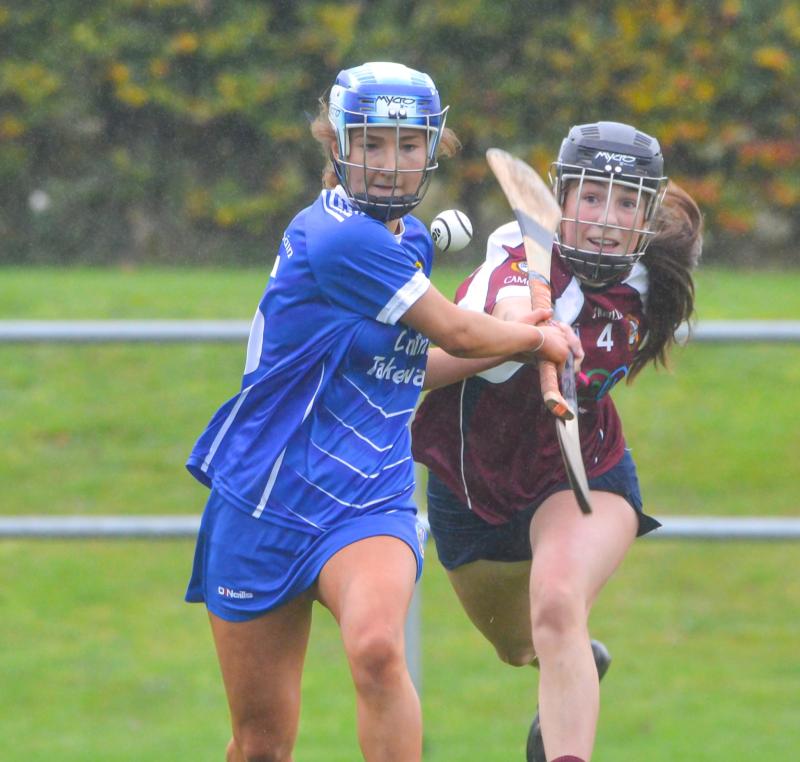 A rousing late burst from Oulart-The Ballagh saw them capture the 2020 AIB Leinster Club Senior camogie crown as they overhauled a gallant Thomastown outfit in a blustery Chadwicks Wexford Park on Saturday.

Holding a 1-7 to 1-5 advantage with the wind at their backs, the Kilkenny side looked to hold all the aces as the game entered the home straight, but Oulart-The Ballagh dug deep to find extra reserves and scored the final six points without reply.

The excellent Anais Curran was to the fore in that late rally as she shared the scores with sharp-shooter Ursuala Jacob to get her side over the line.

The irrepressible Curran put in a barnstorming display throughout, helping herself to 1-5 from play, with the accurate Jacob completing their tally.

She grabbed her goal in the 24th minute, helping her side to a 1-4 to 0-2 advantage at the break, but when Thomastown wiped out that lead less than ten minutes after the interval it looked like the game was slipping away from them.

The outlook remained bleak for the Wexford champions as they trailed by two points with eight minutes remaining, but Curran and Jacob went into overdrive as Oulart-The Ballagh summoned up all their fighting spirit to get the job done with something to spare.

Thomastown began quite brightly against the elements but didn't have the scores to show for it, with Oulart getting the first four points on board as Anais Curran slotted over two sweet points, either side of a brace of Jacob frees.

An Eimear Farrell free got Thomastown off the mark in the 16th minute, and they were handed a gilt-edged opportunity to get back on level terms seconds later.

After good work from Sarah Barcoe and Eimear Farrell in the build-up, Niamh Donnelly was brought down by goalkeeper Lauren Sinnott, but Anna Farrell dragged her scuffed penalty wide of the right post.

The Wexford side rubbed further salt in their wounds when they pounced for a goal in the 24th minute. Jacob showed great vision to put the rampaging Curran through, and she slalomed through the defence before firing a rasping shot to the corner of the net.

Niamh Donnelly grabbed the final score of the half to reduce the gap to four and they had a real pep in their step three minutes after the interval when a right wing free from the lively Eimear Farrell went all the way to the net.

Their tails were up at this stage and points from Eva Hynes and Eimear Farrell dragged them level nine minutes into the second-half.

Anna Farrell scored a good point off her left side to edge them ahead for the first time and Eimear Farrell added another as they looked like they were turning the screw.

Ursula Jacob stopped the rot in the 45th minute with their first score since Curran's goal, but when Niamh Donnelly picked off the opening point after the water break it look like Thomastown would kick on.

Oulart-The Ballagh had other ideas, however, and they produced a stirring final ten minutes of the highest quality and commitment to wrest back control.

Ursula Jacob kick-started the revival with a placed ball, and when Curran fired over two quickfire points in the 57th minute to edge them in front the belief was coursing through their veins.

Jacob converted another free in injury time and added a point from play to extend the gap to three, and it was fitting that Curran had the final say, slotting over another score to seal a superb victory for Oulart- The Ballagh.