Richardson is ready for a European adventure 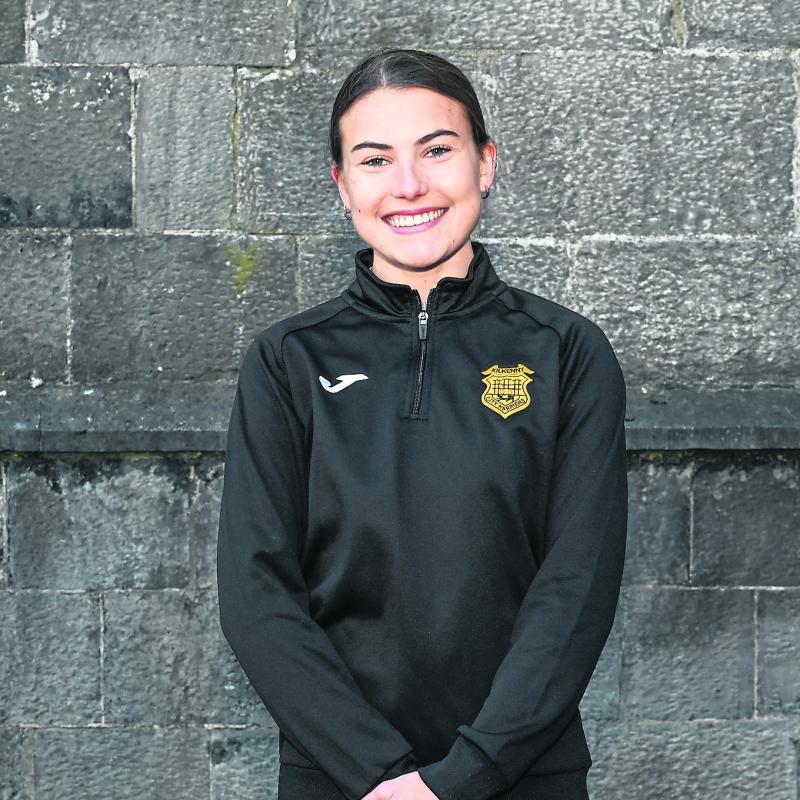 Aoibhe Richardson is all set for the European Cross-Country Championships, which will be held in Abbotstown on Sunday. Pic: Vicky Comerford

The smile is back on Aoibhe Richardson’s face.

After months of uncertainty, caused by the pandemic and injury, the Kilkenny athlete is ready to hit the ground running when she joins her Irish team-mates at the 2021 European Cross-Country Championships in Dublin this weekend.

Richardson, part of the Irish team (with Una Britton, Fionnuala McCormack, Mary Mulhare, Fionnuala Ross and Ciara Mageean) who won silver in the senior women’s event at the 2019 championships in Lisbon, sees Sunday’s race in Abbotstown as the end of a journey to get back into stride, but the beginning of another chapter in what has been a successful career.

“I’d say it was more relief when I made the Irish team, to be honest,” she said while chatting at the launch of the Medieval Mile, the latest athletic event undertaken by her home club the Kilkenny City Harriers.

“It’s something I’ve been building towards for so long, so to get the job done was a big relief. It was brilliant.”

Six years after making her first Irish team - and her last appearance at the Nationals - Richardson booked her place in the 2021 side when finishing fourth in the National Championships in Santry. She was happy to be back in familiar surroundings, even if the old butterflies were present.

“It’s different running in a home championship,” said Richardson, who is now based in New York with Atalanta, a nonprofit that employs young female runners to mentor young girls while training to race professionally. “The old nerves are there; people know your name or your face and they expect something from you.

“It’s one thing racing in the US, where your coach and your team-mates know what you’re hoping to do but there’s less pressure as you’re lost in a sea of athletes,” she continued. “To race at home was a big deal for me; it was something I was working towards for a while, so to be able to run well and make the Irish team was pretty special.

“It was great to run in Santry too,” she added. “As Abbotstown is being used for the Europeans it was back in the same place as my last run in the Nationals - only the course was 8km instead of 4km this time!”

Competing in cross-county is something Richardson has always welcomed, seeing it as going back to her athletic roots.

“Cross-country has always been my favourite event,” she said. “You might not feel your sharpest but once you get stuck into a cross-country course, times paces and splits go out the window - you’re just racing the other people you’re up against.

“I love the simplicity of that,” she added. “I tried to focus on that for the race. I had my doubts - I wondered if I was fit enough (Richardson had been injured in the summer) as I didn’t have the ideal build-up, but I knew all I could do was compete against the others in the race.”

It doesn’t seem that long ago that Richardson was in the Watershed presenting medals to young KCH members following her exploits with the Irish team at the Euros in Portugal. As one of five Harriers on the Irish team along with Eoin Everard, Peter Lynch, Shay McEvoy and her mother, coach Niamh Richardson, the local contingent had high hopes of competing on home soil a year later. Then, the pandemic drew a red line through the sporting calendar.

“Like many people I thought the EuroCross was going to go ahead at the end of 2020 so I used that to motivate myself through the first lockdown,” she said. “I was out of eligibility to run cross-country in the US so I had nothing only Dublin on the calendar. When that was cancelled it really was a big disappointment, so I’m delighted it’s finally happening.”

So how did she stay motivated?

“Luckily the track season went ahead and I was able to race that for my university,” said Richardson, who completed a Masters at the University of San Francisco. “I used the idea of my last collegiate track season as focus. Once that was over I had to reset and look at what was next. I couldn’t compete in the NCAA any more. I didn’t know what was next for me - I knew I wanted to keep running for Ireland, so EuroCross was the next target - but first I needed to find a coach and a training group.

Even when I was injured in the summer the idea of the European championships was a big motivator.”

That motivation carried on when she took her next big step, moving from San Francisco to New York.

“It’s a lot of change,” she said. “Everything that goes on in your personal life influences your running so it was stressful trying to figure out what I’d do next.

“Moving across the country and getting set up in a new city, learning your new home as well as learning a new coach and team, but luckily I settled in quickly - I moved at the end of September, which is when training started to click for me. I started to feel good again and began to feel making the Irish team was realistic again - I was lucky to have some great support which helped me to get fit in time for the Nationals.”

The hard work has paid off. Now, with Sunday’s race on the horizon, it’s time for Team Ireland to dream big - and a home crowd can play their part.

“Having the championships on a home course will make it feel extra-special,” Richardson finished. “With all the spectators there, hopefully we can achieve something. The team is in great shape, so hopefully we can get on the podium again.”