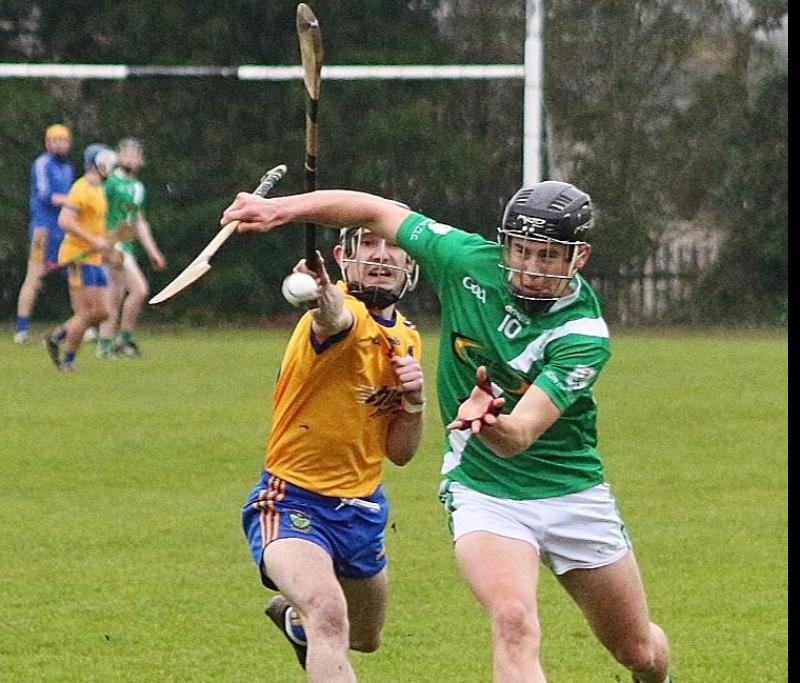 Tara Rocks' fairy-tale season was ended in dramatic circumstances in St.Patrick's on Saturday afternoon, when visitors Mooncoin needed extra-time to pip them to the AIB Leinster club junior hurling championship final, with the men from the valley of the river Suir eventually winning by 5-16 to 2-19.

Unsurprisingly, the Kilkenny junior hurling champions operated at a different level entirely compared to the one-sided affairs Tara Rocks faced in their previous two Leinster assignments, but credit must go to the Gorey district side for the heart they showed in considerable adversity midway through the second half.

The Rock made one change to the starting line-up from their quarter-final victory over Clanna Gael Fontenoy, with Joe Curtis awarded for his rich form as an impact sub by coming in for Ben O'Connor, who was carrying a knock.

And their intensity was notable in the opening exchanges as they built a 0-5 to 0-1 lead inside seven minutes when shooting towards the dressing-room end.

Patrick Walsh had got Mooncoin up and running after only 25 seconds, but five points followed from the home side, as captain Dean O'Toole opened their account from a free.

Mark Boland doubled their tally following a block by Curtis, before the latter flighted over wonderfully from the left wing in the next attack.

Curtis also shook off a challenge to make it 0-4 to 0-1, with county footballer Paudie Hughes seizing the puck-out and embarking on a trademark run down the stand sideline to split the posts with confidence.

However, they were caught cold on twelve minutes when the excellent Adam Croke somehow found a gap out of the left corner, sped past all-comers and laid it on a plate for Walsh to bury.

Patrick Fortune whipped over as Tara Rocks led 0-6 to 1-2 at the first water break, but they imploded somewhat as Mooncoin started to force the issue. Indeed, Curtis (free) and Walsh swapped points on the resumption, but when Ciarán Quilty appeared to overcook his pass inside to Walsh, Croke instead gathered and popped out for Martin O'Neill to drive home their second goal.

And their third green flag arose from a litany of Tara Rocks mistakes, with Tom Mordaunt and Niall Hughes initially colliding under the dropping ball, while full-back Brendan Hobbs completely mis-controlled as Walsh fed Mairtín Gannon on the way to making it 3-5 to 0-10 at half-time.

It perhaps shouldn't come as any surprise that Mooncoin showed a killer instinct in front of goal because they hit at least three goals in four of their five championship games this year, including in their 3-23 to 1-14 win over Westmeath's Oliver Plunkett's last day out.

And although they supplied the first four points after the break as well, Tara Rocks proceeded to out-score them by 2-6 to 0-4 in the remainder of the half.

Moving Conor Devitt inside had a lot to do with that transformation, somehow managing to stay on his feet despite being fouled as he teed up substitute Ben Morris to goal after 40 minutes.

Devitt also added a point after further singles from Curtis (free) and Niall Hughes, while another Curtis free had the gap down to 3-10 to 1-14 after 49 minutes.

And although Croke landed what looked to be a crucial point from a tight angle, Mark Boland soon picked out Devitt at the far post as he turned and blasted home the leveller.

For a brief moment, Tara Rocks looked set for the greatest day in their history when Lee Owley floated over the lead point in injury-time only for Killian Hogan to force extra-time some three minutes into the allotted injury-time (2-16 to 3-13).

And three Curtis frees were Rocks' sole submission as Mooncoin found an extra gear, with youngster Croke hitting a goal in either half as they eventually took the spoils- kicking home from close-range on 66 minutes, and haring away again to seal the deal.