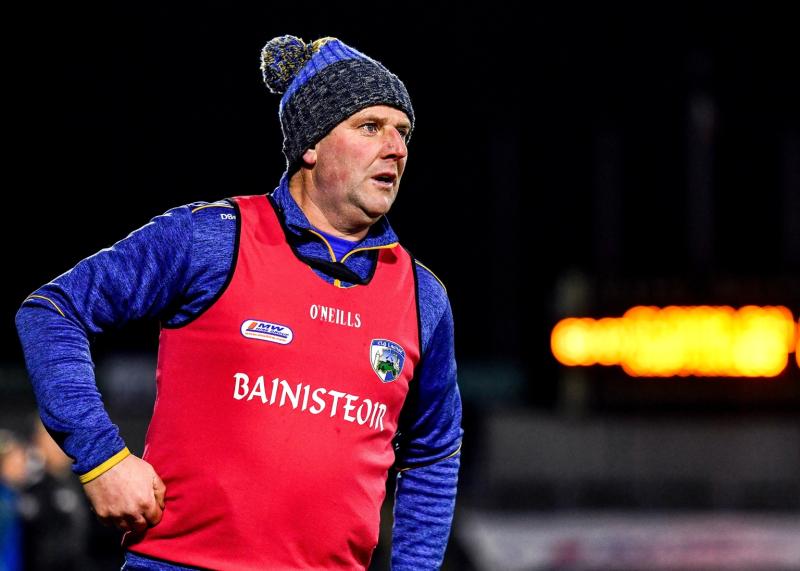 Clough Ballacolla manager Declan Laffan isn't worried about a Croke Park factor creeping into the preparations for their Leinster final on Sunday.

His troops have met a lot of challenges head on this year and have had to manage a lot of hype and exposure to date. All of that was handled to a tee and now they have what he describes as a wonderful opportunity ahead of them.

“Any time you can't stop winning, it is hard to have any fault. We have a wonderful opportunity now. We will be up against it but we were supposed to be up against it on Saturday as well. If we can bring what the brought they on Saturday, the work rate and desire was unbelievable, just unbelievable. Even when lads were out on their feet, they were still trying to get a hook or a block.

“I don't think it will be an issue. We will just embrace the opportunity of going there. Being at home was a huge advantage but who doesn't want to play in Croke Park. It is the pinnacle.”

So can they move onto the next level and cap off a sensational 2021?

“We would like to think so. We will have a look at Ballyhale. I think we got our match ups right tonight so now the big thing will be to get them right the next day as well.

“Somedays they work, they worked tonight but they don't always work for you. One slip or something and a lad gets in for a goal and you might start to doubt yourself.”

Every team has to have work rate but what the large crowd witnessed in O'Moore Park last Saturday night against Kilmacud Crokes was next level. For Laffan, that desire and work rate has to be a non-negotiable trait in his teams.

“That is one big thing I have preached no matter where I am managing. If you can outwork the opposition, whether you're the better hurling team or not, if you are conditioned to do that and have been doing it all year, it will stand to you. We needed it tonight.”

The Clough Ballacolla club has got a huge amount of exposure throughout their Leinster campaign. The National media are now familair with the club with heart as big as a lion, RTE have shown both their games live while TG4 will broadcast the final live on Sunday.

This is all new and while the Loughmore Castlehiney man admitted it might have been an issue the first night against Rapparees, there were no distractions before their semi final win last Saturday.

“Against Rapparees it was trying to get over the hump of trying to win a game in Leinster and you had the TV cameras on us which might have been a bit of an issue but there was none of that on Saturday.

“We were so tunnel vision so I don't think adding Croke Park into the equation will be an issue.”

Their journey to date has meant a lot to an awful lot of people in Clough Ballacolla and indeed all over Laois and probably none more so than stalwart Willie Hyland who, in a separate interview on Saturday night last, was clearly emotional in the wake of what they had achieved.

“Willie has solidered in tough times and has given massive service to Laois and his club”, explains Laffan. “He is getting a chance now to go to Croke Park with his club. The big thing about going to Croke Park with your club, it is your friends and family that are right there beside you. This is extra special.”