Gallant Gaels bow out of Leinster championship against Clonbullogue 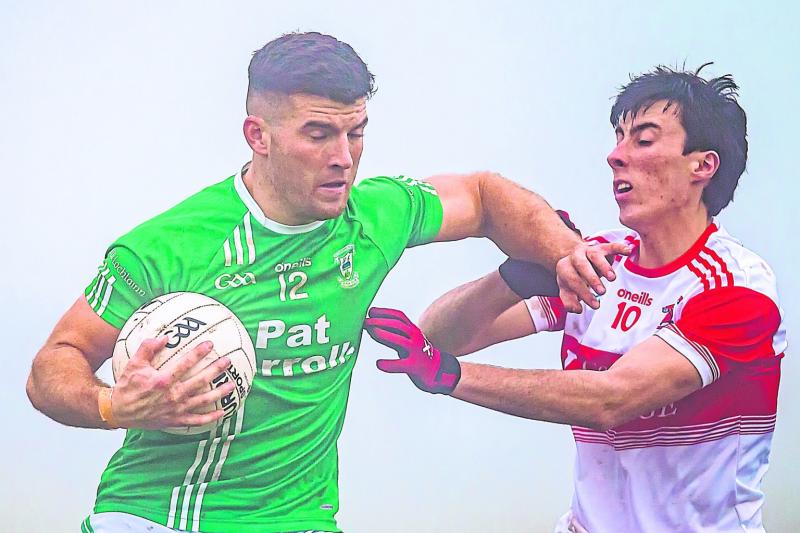 A fog burdened Freshford was the setting for this Leinster Junior Football Championship game and after a decent start the Gaels were quickly going to be burdened with a strong footballing opposition.

Within two minutes the Clonbullogue centre forward Kevin O'Neill put the Offaly men ahead with the first of his five points.

Sammy Johnson would equalise soon after from the placed ball but three unanswered points by the faithful men were an early indication of what was in store for the morning's engagement.

The Gaels dug in and expelled some good passages of play but their naivety cost them possession at vital moments.

The footballing guile of the winners was evident as they were far more effective when it came to counter attack and running off the ball.

By the first water break the score sat at 0-5 to 0-2 , Robbie Buckley converting the Gaels second.

On the restart Mikey Butler added another point but the next score for the Gaels wasn't to come until the 47th minute, during which time the winners had registered a further 1-8 - the goal coming from a penalty dispatched by the aforementioned O'Neill.

Substitutes Davey Burke and Evan Walsh did inject much needed energy into the Gaels cause but Burke's 47th minute point was quickly followed up by a second Clonbullogue goal.

Burke would add a second and Johnson finished the Gaels scoring from a placed ball but the Offaly side ran out comfortable 3-16 to 0-6 winners as they set up a Leinster final meeting with Kilcullen of Kildare.