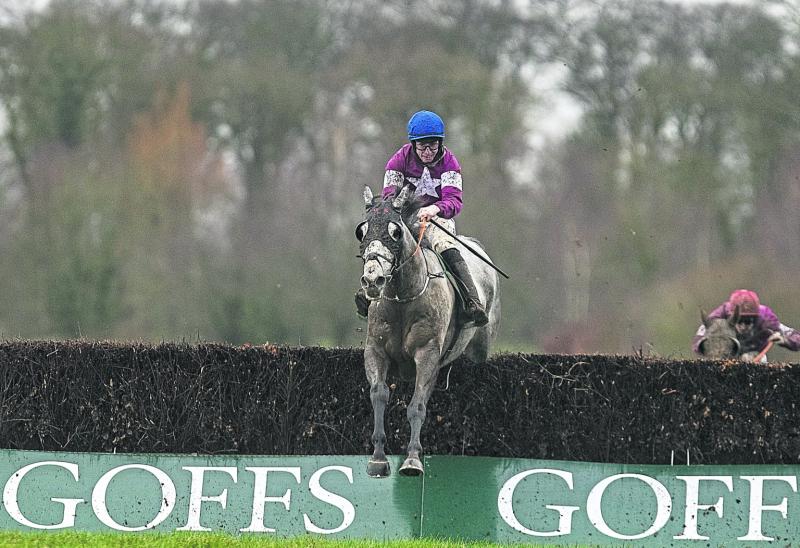 Coko Beach under the tutelage of Jack Kennedy clears the last fence on the way to victory in the Goffs Thyestes Chase at Gowran Park back in January. Pic: Patrick McCann/Racing Post

For the first time in its history, Thyestes Day at Gowran Park was held under the backdrop of an absent attendance.

Under normal circumstances the crowd would have travelled to the Kilkenny track in their droves for a race that stops the county but as a result of the global pandemic, the day played out in surreal fashion.

As usual though, the racing on track lived up to expectation with the three mile Grade A event going the way of the Gordon Elliott trained Coko Beach with Jack Kennedy on board the 8-1 shot while Elliott also saddled the second Run Wild Fred and Class Conti finished in third spot for Willie Mullins.

Aside from the action at Gowran, there was also Kilkenny success at the Cheltenham Festival with Danny Mullins and Paul Hennessy landing maiden victories in the Cotswolds.

Hennessy is more known for his Greyhound exploits but he took great joy in training Heaven Help Us to victory in the Coral Cup.

Mullins claimed his first Grade 1 success in the UK aboard Flooring Porter in the Stayers Hurdle while his uncle Willie continued his domination of the National Hunt scene in Ireland with another record breaking season.