Kilkenny golfer Luke Donnelly looking for support ahead of 2022 Tour 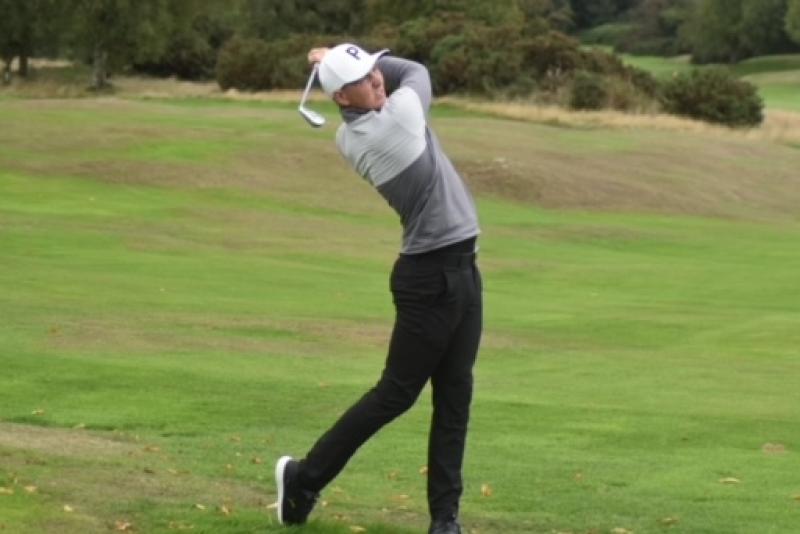 Kilkenny professional golfer Luke Donnelly is on the lookout for support as he gets set to embark on a season in the Alps Tour over the next few months.

The talented star will compete in 16 tournaments over the course of the season in countries like Egypt and Spain before the Grand Final takes place in Italy in October.

The season kicks off for Donnelly on February 22 at the Ein Bay Open in Egypt. While away he is hosting the ‘Chip in for Luke’ sponsorship draw which will give someone the chance to partner with the golfer for the year ahead.

“I play golf full-time and I’m running a sponsorship draw to help raise funds ahead of the 2022 season,” said Donnelly, explaining how the draw will play out.

“The price of a ticket is €100 and you go into a draw for a prize that is worth €15,000. The winner will become my sponsor for the year including having their name and company on my clothing and golf bag for the year ahead.

“The draw will take place at the end of February,” he added. “If anyone wants to get in contact with regards buying a ticket, they can email me at LukeDonnelly6@gmail.com or give me a ring on 085-1754948.”

After a relatively successful 2021 which earned his card on the Alps Tour, Donnelly has some major ambitions for the next few years as he looks to make the step up the global golf ladder.

“I want to get onto the DP World Tour which was previously the European Tour in the space of three years,” he said. “I’m currently on the Alps tour at the moment which travels around Europe as well as going to the likes of Egypt and Guadeloupe.

“From there I would like to advance onto the Challenge Tour if possible as it’s the grade just below the DP World Tour and it’s just all about moving my way up the ladder.

“As I said the aim is to try and get onto the DP Tour within three years and if it happens sooner, then great but that’s the plan at the moment.”

The Kilkenny youngster would also love the opportunity to play at his local course Mount Juliet in the Irish Open but for now it’s about being competitive on the Satellite Alps Tour.

“I’m also hoping to play in the Irish Open at Mount Juliet in July and there’s also qualifying for the British Open so they are some of the things that I’m trying to achieve in the next two years but the main aim is the DP World Tour.

“It’s a big year for me personally and I was in Italy there in November playing in Alps qualifying and I won out there so I finished 2021 quite well and I’m hoping to continue that over the coming months.

“I’m hoping to build on that win in Italy and the season gets going very early with a trip to Egypt occurring before the draw so if I can start off well, it makes things a lot easier heading towards the summer months as you aren’t under as much pressure as a result.”