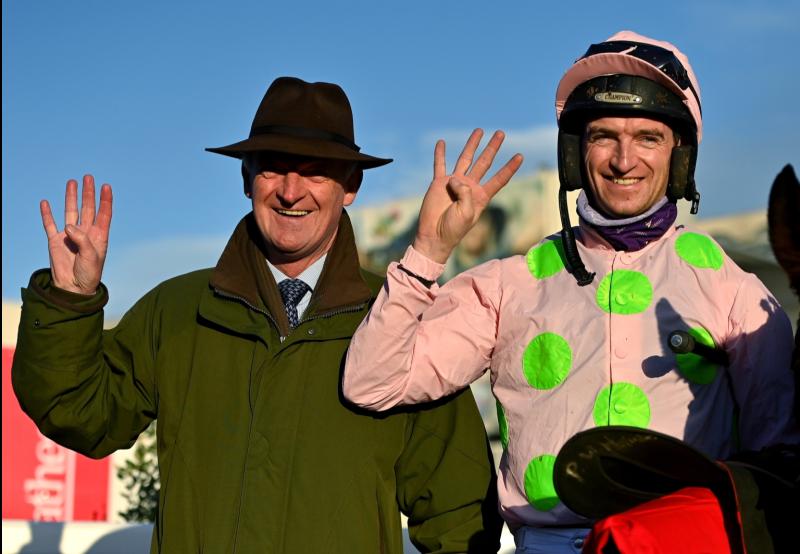 Father and son Willie and Patrick Mullins celebrate Sharjah’s victory in the Matheson Hurdle at Leopardstown, a fourth success for the horse. Picture: Sportsfile

It was another festive season to remember for Kilkenny trainer Willie Mullins after he trained a host of winners in the last two weeks.

The Clonsutton maestro had 23 winners in total between St Stephen’s Day and last Sunday where the Grade 1 Lawlors Novices Hurdle took place at Naas.

His son Patrick also had a sensational couple of days as he rode five winners at the Leopardstown Festival including the Grade 1 Matheson Hurdle aboard the four-time winner Sharjah.

In saying that it was Willie’s nephew Danny who stole the headlines after he claimed the Christmas highlight, the Ladbrokes King George VI Chase at Kempton Park, on Tornado Flyer.

Tornado Flyer grabbed the lead at the penultimate fence and with Asterion Forlonge crashing out at the last, Clan Des Obeaux was left in second with Saint Calvados third and Frodon plugging on for fourth.

The winning rider was completing a double on the day, having struck earlier on Jacamar on what was his first trip to Kempton.
big win

“Winning a King George is something you dream about. You look at the likes of Kauto Star and the other horses that have won it,” he said. “For Tornado Flyer to go and put in a performance like that is magic.

“I got into a good position early and he travelled into the race very well. I just wanted to keep saving a bit as it’s a long way down the straight here and thankfully I had a willing partner, which is what it’s all about.

“I knew I wasn’t out of it – I was cautiously optimistic that he’d run a good race. On the best of his form it’s in there and when he gets it all together he’s a proper good horse. He’s proved that today in such a competitive race.

“I was hopeful he’d stay and any time you’re riding for Willie in a race like this you have a right chance.

“You look at everything the Mullins’ have achieved, I’m delighted to be part of the family.”

The Kilkenny rider then added to his UK tally when he guided Stormy Ireland to victory in the Relkeel Hurdle at Cheltenham on New Year’s Day.

Mullins was also out of luck on home soil when he was narrowly beaten at Leopardstown when finishing second on both Flooring Porter and the Paul Hennessy-trained Heaven Help Us.

Apart from Danny, it was also a glorious period in the saddle for Patrick Mullins. As well as his Grade 1 success on Sharjah, he also won the concluding bumper on each of the days at the Christmas Festival in Leopardstown.

The famed amateur jockey claimed victories on Facile Vega, Embassy Gardens, Redemption Day and The Nice Guy who were all trained by his father Willie. 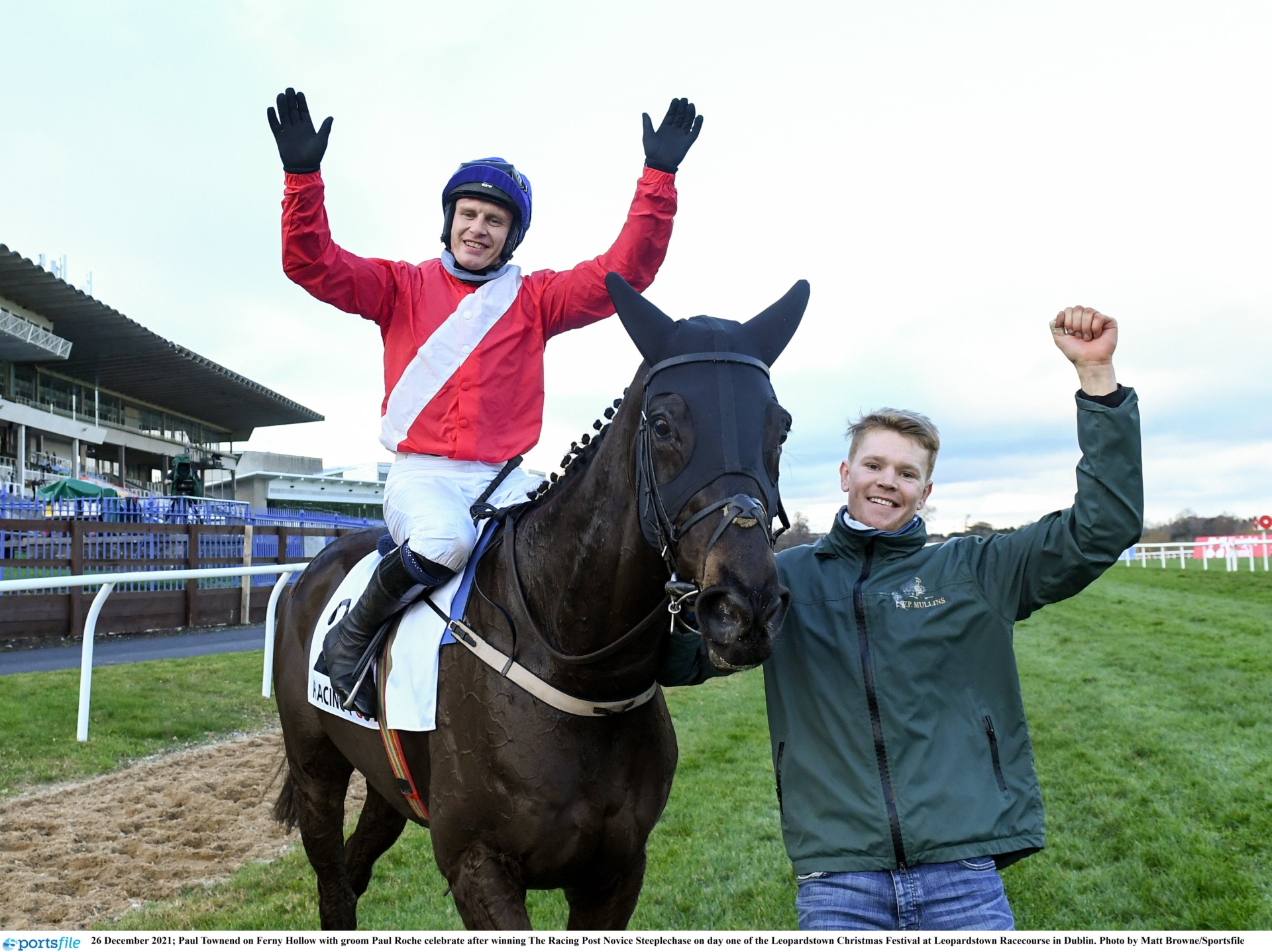 As well as helping Danny and Patrick to landmark victories, stable jockey Paul Townend also got in on the act for Mullins when landing two further Grade 1 wins on Ferny Hollow in the Racing Post Novice Chase and Klassical Dream in the Dornan Engineering Christmas Hurdle.

Townend was also in the plate when Sir Gerhard and Galopin Des Champs made hugely impressive seasonal debuts in the Thorntons Recycling Maiden Hurdle and the Ballymaloe Relish Beginners Chase respectively.

Both horses are now heavily fancied to go on and claim victories at the Cheltenham Festival in March.

The festive period then concluded in rather bizarre fashion with Mullins having all the runners in the Savills Chase at Tramore on New Years Day as dual Gold Cup winner Al Boum Photo made a triumphant return to the track in seeing off Burrows Saint, Brahma Bull and Acapella Bourgeois in expected fashion.

Lastly, there was also a Kilkenny hurling connection on the track at Leopardstown with the former three time All-Ireland winner Charlie Carter owning and breeding the Ellen Doyle-trained How-yabud who ran out a fully merited six length winner in the 2m4f Savills Maiden Hurdle at 25-1.