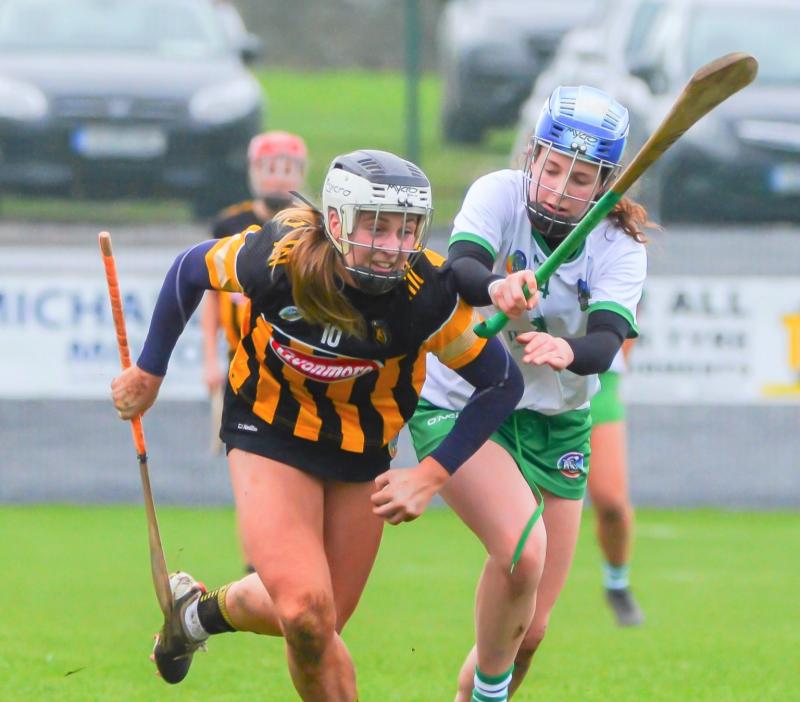 Kilkenny’s Niamh Deely (above) stood out for DCU in the Asbourne Cup. Pic; Billy Culleton

Kilkenny players are very much to the fore on the third level camogie team of the year with five Cats awarded All-Stars for their accomplishments in recent weeks.

DCU took the overall Ashbourne Cup crown and they have six players on the selection including four from Kilkenny.

Offaly’s Kate Kenny and Wexford’s Ciara O’Connor are joined by Dicksboro duo Ciara O’Shea and Jane Cass at corner back and wing back respectively while James Stephens star Niamh Deely has been named at centre back on the selection.

The sixth DCU player named on the team is Young Ireland’s player Steffi Fitzgerald but not to be outdone in her own household, she is joined in the half forward line by sister Tiffanie who represented NUIG in the competition.

Kilkenny lead the way numbers wise on the team but Offaly, Wexford, Cork, Tipperary, Dublin , Waterford and Cavan are also represented amongst a talented crop of youngsters.