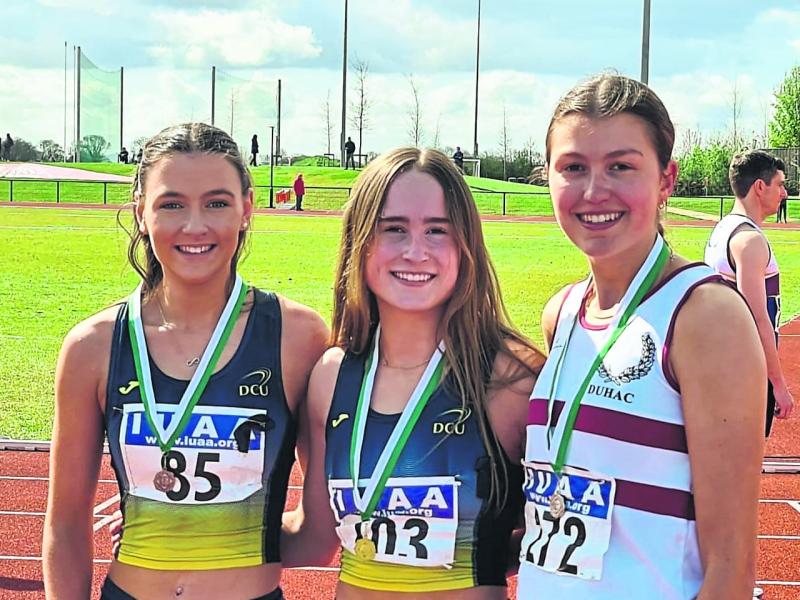 The Kilkenny County Board have announced the 2021 county athletics star awards.

These awards honour the achievements of athletes across the county. Included in this year’s list are one-off awards honouring those officials who contributed so much to their respective clubs during the covid pandemic.

International: Cliodhna Manning (Kilkenny City Harriers). Cliodhna was second in the All-Ireland Senior 400m, from which her selection on the Olympic 4x400m relay team was secured.

International: Aoibhe Richardson (KCH). Aoife was fourth in the National Senior Cross-Country and was selected for the Irish senior women’s team to compete in the European Cross-Country.

Senior Cross-Country: Bronagh Kearns (St Senan’s). Bronagh was fifth in the National Senior 1,500m, first in the Leinster Novice and 14th in her first ever All-Ireland Cross-Country.

Senior Road: James Morrissey (Castlecomer). An adventurer extraordinaire, James has competed in the Greenland marathon and is currently running across the Sahara Desert.

Masters: Mary Breen (St Joseph’s). Mary has a range of Leinster and All-Ireland masters medals for the throwing events.

Juvenile Track and Field: Cathal O’Reilly (KCH). Cathal was first in the 3,000m, second in the steeplechase and third in the 1,500m at the national under-19 track and field championships.

The Irish University Track and Field (IUAA) kickstarted the track and field season last weekend. Held at the IT Carlow facilities, this event offered a full range of track and field events, with plenty of high calibre competition throughout the two days of competition.

The race was won by Sara Lane, who was just a few hundredths of a second ahead of Sophie. It was a very similar finish to the indoor competition, where a photo finish had to separate the two athletes.

Sophie was also on the Trinity College 4x400m relay team that finished second behind DCU. This is the first time since the 1990s that Trinity has made the top three in this event.

Another athlete who secured silver was Shane Power. Shane, competing for DCU, finished in second place in the pole vault in what will be his final year of eligibility for the IUAA championships. Over the years Shane has done extraordinarily well at this competition and has been a major contributor to the DCU points accumulation.

Ciara Deely (KCH) competed in the 400m for DCU finishing in sixth place. She also raced in the hurdles, one of the events she was so good at during her juvenile year. She finished fourth in 67 seconds.

Ciara has, in the past, represented Ireland at the world juniors over 400m. Last year she stepped up to the 800m for the first time, making her mark on the distance. An athlete with enormous talent she was in her juvenile days a very talented multi eventer, winning several All-Ireland titles.

Emma Kelly (Brow Rangers) was competing for UL and finished ninth in the discus and seventh in the weight for distance. Another member of the Kelly family from Coon, Emma is flying that Brow Rangers flag high in UL.

St Senan’s AC open track and field will be held on Easter Monday with a start time of 1pm.

This annual event covers sprints, middle distance, relays, throws, jumps and race walking for all ages from under-9 to juniors, seniors and masters.

The event is held at the St Senan’s AC track in the Kilmacow Sports Complex. As usual it promises to attract a large crowd, thus ensuring some good competitive races and field event competitions