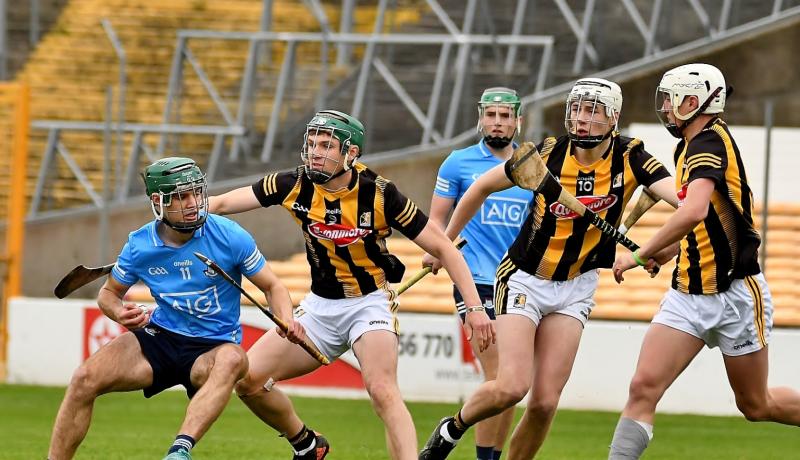 The way things transpired, Dublin’s narrow one point victory over Kilkenny on Saturday afternoon ensured both teams sealed their passage to the Leinster semi-final on Saturday, May 7.

Despite that though, Kilkenny minor boss Niall Bergin was left disappointed at losing on home soil.

“It’s a disappointing result as we were in good form coming into the game but in fairness Dublin learned an awful lot over the last three weeks.

“They had a break after the Wexford game and I suppose today’s result shows there is very little between the three counties at minor level this year.

“The lads fought until the bitter end but unfortunately you aren’t going to win games at this level when you concede what we’d consider to be three very sloppy goals as well as hitting a huge number of wides down the other end.”

Despite a scrappy opening half display where they conceded a pair of goals, Kilkenny looked primed to strike when only trailing by a point at the break but ultimately they could never overturn their opponents.

“I thought we were in a great position at the start of the second half when we drew level as well as taking the lead but we then gave away another goal and from there Dublin were able to maintain the cushion until the end of the game,” Bergin said.

“Dublin were able to capitalise on their momentum and in the end that told on the final result.”

Kilkenny hit a number of wides over the course of the hour but Bergin and his team of selectors now get three weeks to put things right.

“We’ve been working hard on our forward play and unfortunately when the chances go wide people get frustrated while when they go over there is praise right, left and centre so they are the fine margins in hurling,” he said.

“We will go away and learn an awful lot from this defeat. We now have three weeks to get things right for a Leinster semi-final.”