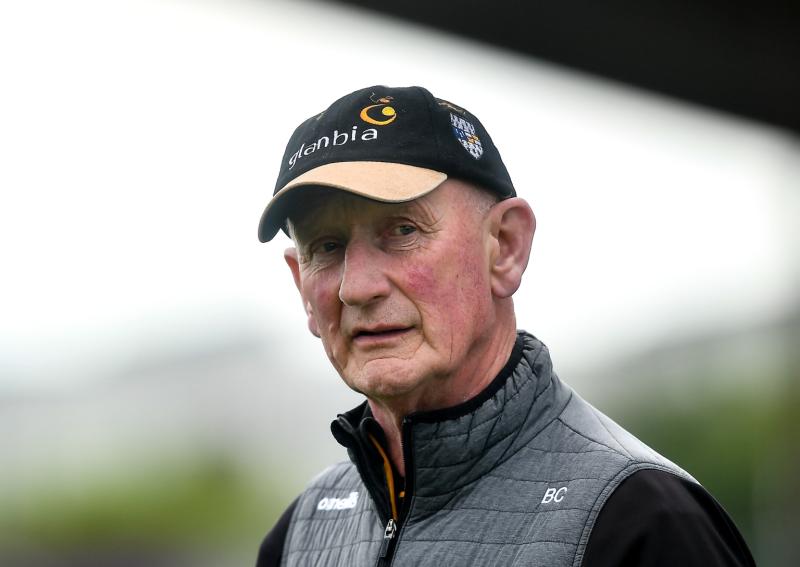 Kilkenny manager Brian Cody certainly wasn’t getting overly carried away after his side’s big win over Laois but he was still pleased with the attitude of his players in the 23-point victory.

“The object of the excercise was to win the game and we won it comprehensively really, so overall we are happy,” he said.

“The attitude from the players was good which is key to everything. The way we moved the ball was decent and we worked our way into the game so that’s good.”

Of the many positives on show, the midfield displays of James Maher and Adrian Mullen were singled out for praise from the James Stephens man.

“Our midfield played very well tonight and scored eight points between them so we are very pleased with that,” he said. “The fact they gave themselves the opportunity to perform was important too.

“We are, however, conscious of the fact that Laois were without a number of players for the game to be fair as last week they only lost to Dublin by two points and they lost a few players since then, so we will definitely be keeping our feet on the ground despite the win.”

The Kilkenny boss also outlined his delight at the entire panel and the strength in depth appears to be growing from game to game.

“Picking a team is not easy at the moment and it’s a serious challenge but that’s a good thing,” he said. “We have a lot of options there and it hopefully portrays the strength of our panel.

“The 15 lads that start can change from match to match and I’ve never been concerned about a settled team,” he added. “I’m more concerned with a settled attitude, spirit and workrate and if we get that right, regardless of the starting personnel I think we can be competitive.”

All eyes will now turn to Kilkenny’s visit to Salthill to meet Galway on Sunday in what will be the Cats’ first real test of the championship campaign. With Dublin and Wexford still to come, it’s a busy couple of weeks in prospect.

Kilkenny will go into the Galway game knowing that a win will put them in pole position to seal a place in the Leinster final but at the same time a defeat would really ramp up the pressure ahead of the last games.

“The first thing is that our opening two games have got us four points on the board which is absolutley everything really,” he said. “They have helped us get match practice into a number of players as well as hoping to improve our score difference.

“It’s all systems go for next weekend against Galway and we always knew that was going to be the case.

“It’s a serious jump up in standard and we need to get ready in training to meet that challenge.

“The toughest thing about the schedule is if you pick up an injury as anything even small can keep you out of the next game so keeping guys healthy is the key.”