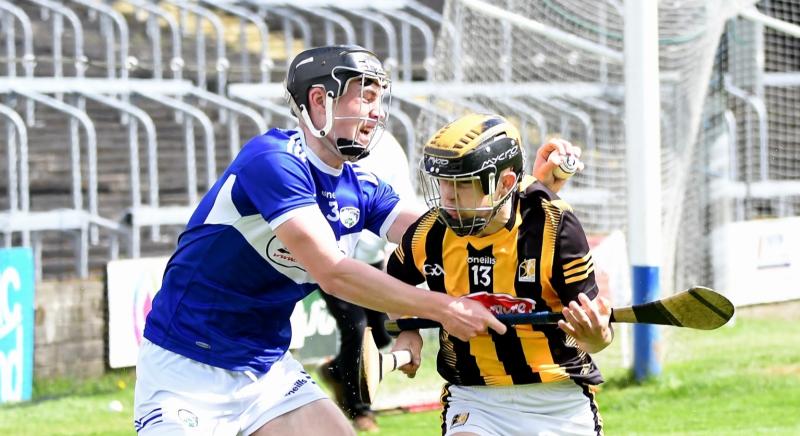 Kilkenny minor hurling manager Niall Bergin couldn’t hide his disappointment after his side fell to defeat against Laois in the Leinster semi-final on Saturday.

“We are very disappointed and we prepared very well but obviously that didn’t show out on the field,” the O’Loughlin Gaels man said.

“Laois played very well and we knew they were a very good team so we are just heartbroken.

“I know to the outside world this may rank as a shock, but if you look back over the years there was very little between the two counties at this grade from under-14 all the way up to be perfectly honest,” he added.

“We are absolutely gutted but I’m still so proud of our lads as they have put in a magnificent effort since the start of the year.

"I’m just so sorry for them that they don’t get the opportunity to push on and go further in the competition.

“Any time we seemed to be getting a bit of momentum, it was taken away from us by a free we conceded or a wide. Again that would be out of character for the lads and things just didn’t work out for us and we as a management have to figure out what happened.”

Despite the narrow defeat, Bergin couldn’t have been happier with the commitment of the young Kilkenny lads over the last few months.

“Obviously we would have liked to win a Leinster or an All-Ireland title but at the end of the day it’s all about development too,” he said.

“We started off with trials last October after trawling the county for talent and had the lads on Strength and Conditioning programmes in November, December and January.

“I stand to be corrected on this but we may have done things that were never done in terms of trying to sort out different Strength and Conditioning programmes but I’m just devastated that the lads’ season has ended here,” he finished.

“From 1 to 36 , the players have been unbelievable and I look forward to seeing them representing Kilkenny at Under-20 and senior level over the next few years.”